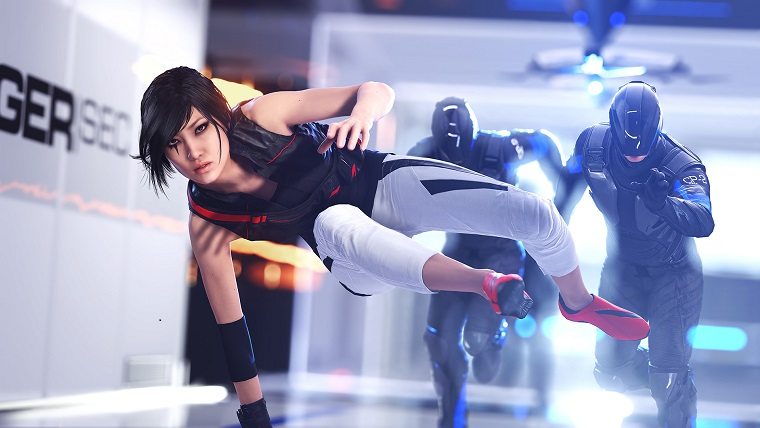 The ESRB has now rated Mirror’s Edge Catalyst giving us a few more details on the full content that the game will have. It also gives us some descriptions of a few violent scenes that occur in it.

The ESRB has rated Mirror’s Edge Catalyst “Teen” for “Mild Language and Violence”. The rating summary below gives more specific details on what you can expect to see in the full game and more.

The summary says: “This is an adventure platformer in which players assume the role of an underground resistance member (Faith) fighting a corrupt corporation. From a first-person perspective, players traverse roof-tops and building environments, and complete objectives to progress the storyline.

Along the way, players use punches, kicks, and takedowns to combat armed guards. Impact sounds, realistic gunfire, and cries of pain occur during battles. A handful of sequence depict additional acts of violence: a woman held at gunpoint; a man electrocuted to death on a table. The words “bastard” and “b*tch” are heard in the dialogue.”

Mirror’s Edge Catalyst will be available for the PC, PS4 and Xbox One platforms. It now has a new release date of June 7th, 2016 as the game got delayed from its May 24th date.