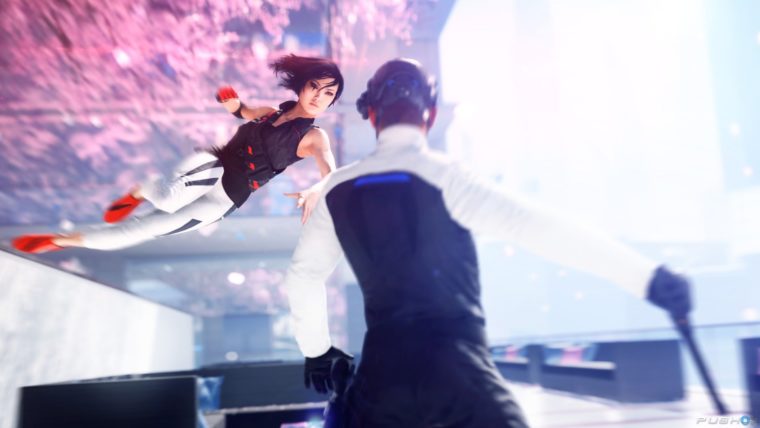 Amazon has now posted some of the pre-order bonuses that you can get for Mirror’s Edge Catalyst.

If you pre-order Mirror’s Edge Catalyst, you will get the Combat & Speed Runner Kit at release. It comes with some extra cool features.

The description says: “Fight for your freedom and show off your perfect technique and power with the Combat Runner Kit. Run free, run fast and show the world how you master the city with the Speed Runner Kit. Get unique in-game items such as a combat-themed & speed-themed Projection Shader, changing how you appear in other player’s worlds, a Runner Tag to stand out in the leaderboards, and a unique background to customize your Screen Hacks.”

Mirror’s Edge Catalyst is the newest game in the series. It is a prequel of sorts to the original game as well as a reboot. It will focus on a younger Faith.

The game was originally going to be released in February, but it had to be delayed until May 24th, 2016. Faith can explore a huge city and more time was needed in order to make the gameplay more polished. This is always a good thing as we all know how Assassin’s Creed Unity turned out when it was rushed out the door…