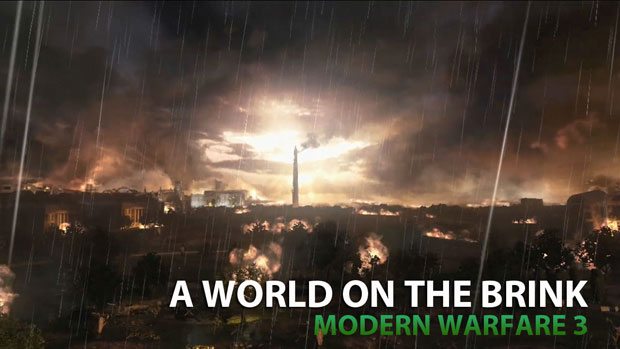 Not many new details came to light during Actitivsion’s quarterly conference call about the upcoming Modern Warfare 3. Instead, we’ll likely get more details as we inch closer to E3. Today however, Kotaku confirmed earlier rumors that the game will indeed be rooted in the Modern Warfare storyline. Sources indicated that the game will continue the story started in the prior two games in the series, and could possibly include the return of iconic characters like Soap MacTavish and Captain Price.

Of the details that were revealed, Modern Warfare 3 is rumored to be set on a much larger stage than ever before. A much more “epic scale” is noted as one of the major differences. Sources tell the publication that in continuing the Modern Warfare storyline, the game will have a “world in crisis” feel to it. As you can remember from Modern Warfare 2, the aftermath of an electromagnetic shockwave crippled the United States. We could see the aftermath of these events in the third installment, though not quite to the extent of Homefront.

One of the key features that noone has heard anything about up until now, is the inclusion of “large urban destructible environments”. Could Call of Duty be feeling the pressures of Battlefield 3? Destruction being one of Battlefield’s key selling points, has never been incorporated into a Call of Duty game before.