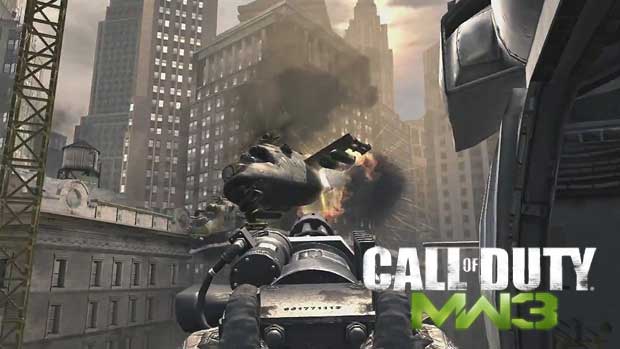 Yesterday Call of Duty: Modern Warfare 3 was revealed to the world, and this year’s installment will be arriving on schedule this November.  Despite losing very important pieces of the successful Call of Duty formula last year, when Infinity Ward heads Vincent Zampella and Jason West were ousted from the company. Upon their departure, Activision commissioned Sledgehammer Games to contribute to one of the biggest games of the year.  Working closely with Infinity Ward, the duo is working on what Eric Hirshberg is calling ” the most epic Call of Duty experience yet”.

“The teams at Infinity Ward and Sledgehammer Games have worked tirelessly to create for the Call of Dutyplayer a scale that is unimaginable with a level of polish and creativity that will push the genre forward.  The passion and energy of our developers is reflected in everything about the title.  From the innovative gameplay, to the cinematic intensity, to the most advanced multiplayer ever, Modern Warfare 3 will raise the bar for this already incredible franchise.”  the CEO of publishing at Activision recently commented.

The most interesting point that Hirshberg makes in his recent comments is the ” most advanced multiplayer ever” portion.  The franchise has definitely continually changed itself since the original Modern Warfare changed the landscape of gaming.  The perk based system coupled with customization, was an instant hit.  In Modern Warfare 2, the killstreaks added to the experience in a great way, that was well recieved by fans of the franchise.  More recently, with Black Ops, the game added a wealth of customization, game modes, and other gameplay tweaks that set it apart from its predecessors.  What will Modern Warfare 3 do to set itself apart ?, E3 2011 likely holds these answers.