If you can’t afford the Halo 4 Xbox 360 Bundle, buy this controller instead 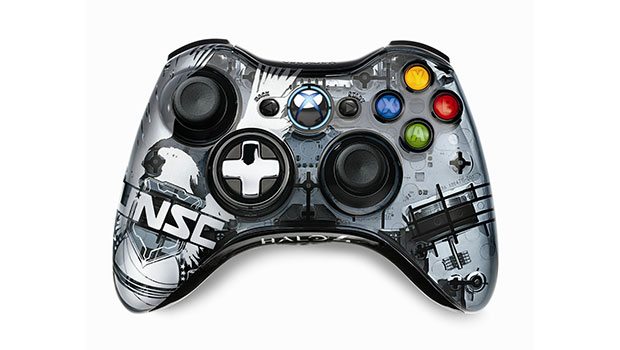 Just a few days ago, the Limited Edition Halo 4 Xbox 360 bundle was outed before the “official” announcement from Microsoft was released. Now that Microsoft has confirmed that Halo 4 will be getting some specialized hardware to celebrate Master Chief’s return, the company has some good news for those of you who also want to celebrate in style, but don’t want to shell out $399 for a nearly seven year old console.

As reported Thursday, Microsoft has confirmed that the LE Halo 4 Xbox 360 Bundle will come equipped with a copy of the game, a 320 GB Xbox 360 with an art design inspired by Halo 4, two custom controllers, a headset, and exclusive Halo 4 DLC.

Don’t want to front $400 for all this swag but still want a piece of the limited edition Halo 4 merchandise? You’re in luck. Microsoft has announced that starting Oct. 21, custom Halo 4 controllers will be sold separately for $59.99 each. As you can see from the screenshots below, the controllers will feature a silver and black UNSC art design, with the letters “UNSC” being displayed on the left hand panel. The controller’s iconic “guide” button as well as the four light quadrants surrounding it are also colored in a light blue as opposed to the standard green. “Halo 4” is also imprinted on the bottom seam of the controller.

Check out some screenshots of the new Halo 4 controller below:

Home / Game News / If you can’t afford the Halo 4 Xbox 360 Bundle, buy this controller instead