The latest news in the world of video games at Attack of the Fanboy
January 18th, 2018 by Jelani James 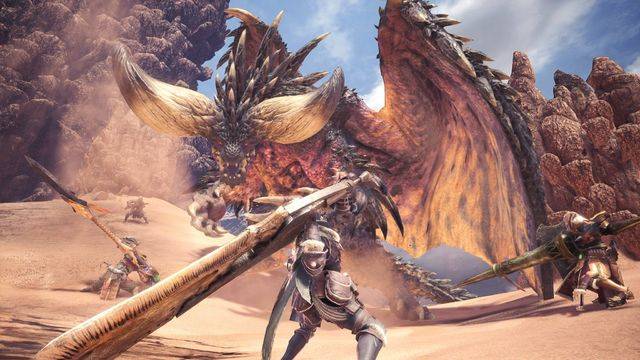 If you have yet to try Monster Hunter: World before it arrives on the PlayStation 4 and Xbox One next week, then Capcom is giving you one last chance to try it out, making the beta available one final time before its full release next week.

Starting today, the beta client is available to download off the PlayStation Store, and while it might you can’t actually play it until tomorrow, downloading the client early means you can get into the action that much sooner once the beta goes live.

Here is the full schedule:

As this beta is the final one before Monster Hunter: World releases in full, Capcom has decided to pull out all the stops and offer players the chance to fight the game’s flagship monster, the Nergigante. It’s been seen in a demo version which popped up in Japan late last year, but it will be the first time it shows up during any of the betas. Even though we haven’t seen too much of it, we still do know some of Nergigante’s key characteristics. For example, we know that it’s susceptible to poison and has a mechanic which forces players to constantly damage specific parts of its body, or risk them hardening and gaining the ability to both deal more damage and repel attacks.

Monster Hunter: World is due out for the PlayStation 4 and Xbox One on Jan. 26, while it is expected to arrive on the PC in “Autumn 2018.”

Check out a video featuring the Nergigante below: