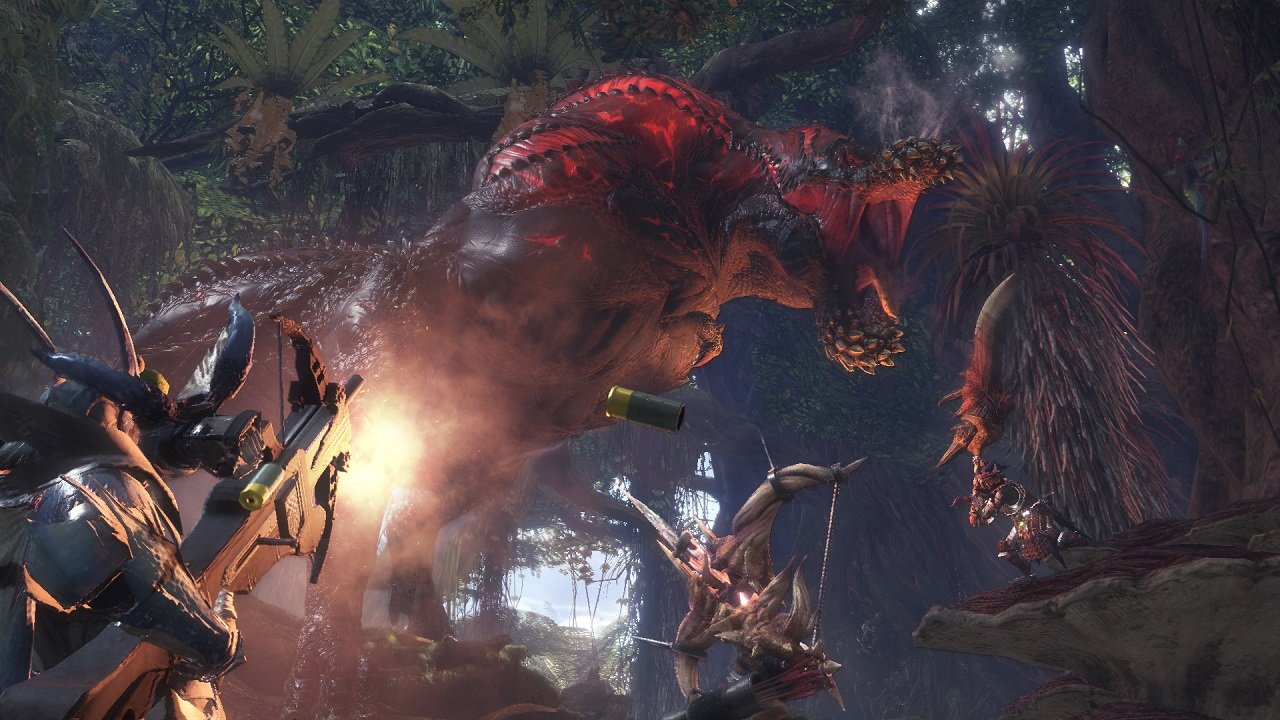 Monster Hunter: World has only been on PC for 24 hours but that hasn’t stopped Capcom’s best-selling game of all time from breaking records on its new home.

According to Steam Charts, Monster Hunter: World launched yesterday and hit a peak of 240,901 players (has since risen to 254,823), not only making it the seventh biggest launch on Steam ever by concurrent players, but also the biggest launch on Steam of 2018, beating out the likes of the previous record holder, Kingdom Come: Deliverance.

Furthermore, these numbers also make it the biggest Japanese-developed game on Steam. The previous record holder? None other than FromSoftware’s Dark Souls 3 itself, which hit 129,831 players back in April 2016.

Breaking two records within the first 24 hours of release is already amazing in of itself, but you can’t help but appreciate it even more when you recognize the competition Monster Hunter: World was up against. Among the current top ten on Steam are juggernauts like PUBG, Dota 2, Counter-Strike: Global Offensive, Grand Theft Auto 5, Warframe and Rainbow Six Siege, and though it couldn’t beat out the first three in that list, it handily did so with the remaining ones.

And it’s important to note here that we’re just dealing with players within the first 24 hours here, who knows how many more will be joining the hunting frenzy in the coming weeks. All Capcom has to do is keep up this momentum by continuing to release more content in the form of classic monsters and Tempered Elder Dragons, and that 10 million sales will quickly enter the realm of possibility.

It’s pretty crazy when you think about it. At one point, World was delayed due to Capcom’s unfamiliarity with the platform, and now it’s cleaning house.