The latest news in the world of video games at Attack of the Fanboy
January 17th, 2018 by Jose Belmonte 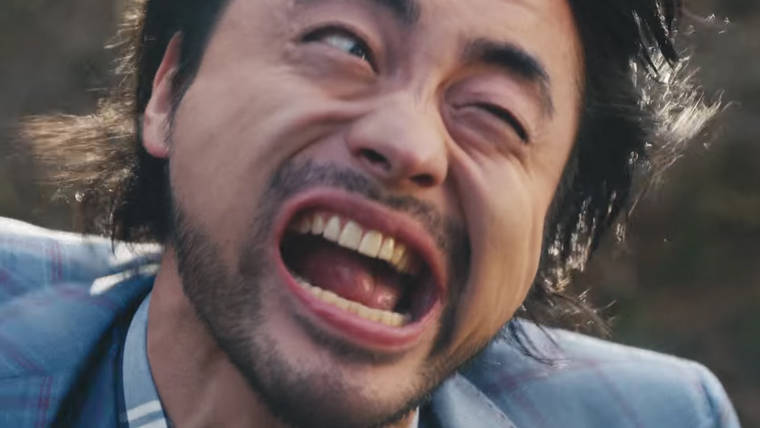 Sony Japan is known for its creative ways to promote PlayStation games in its homeland, and today we have got a new example. This time the company has shot a commercial for the upcoming Monster Hunter: World with the popular actor Takayuki Yamada who definitely showcases his talent for irreverent comedy here. In the video we can see Yamada during a break while filming, when one of his colleagues points how how realistic is the new Monster Hunter. Right after that, Yamada starts acting just like some of the most recognizable creatures, including Nergigante, Kulu-Ya-Ku, Paolumu, and Diablos.

The impressions go from adopting peculiar poses and performing the characteristic sounds of each monster, to even dive a hole on the ground and jump out to surprise a prey. Finally, the film crew manages to catch him using a net, just like hunters do in the game.

It is normal to see Sony investing so much in promoting Monster Hunter: World in Japan, where it will launch as a PS4 exclusive, as it is seen as most definitely the console’s most important release of the whole year. Additionally developer Capcom will also try to extend the presence of the series in Western countries with this new main entry, offering a limited edition PS4 Pro with a special design based on the game.

Monster Hunter: World launches on PS4 and Xbox One on January 26. Watch the new Japanese commercial below, as well as a behind the scenes video.