The latest news in the world of video games at Attack of the Fanboy
February 9th, 2018 by Jelani James 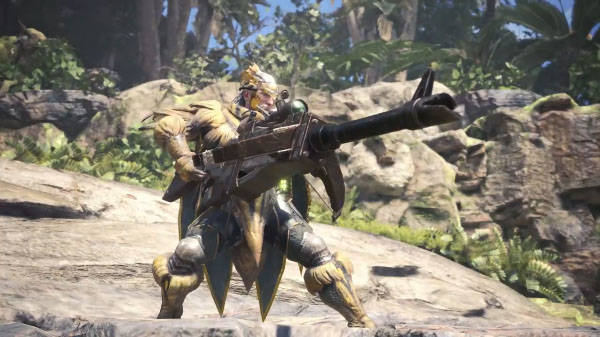 Capcom rolled out a patch for Monster Hunter: World last night that was aimed at bringing balance to bowguns. However, the discovery of a new bug has not only negated the nerfs one of the objects suffered during the patch, but has potentially made it more powerful than ever before.

The object in question is Slicing Ammo. As mentioned previously, Slicing Ammo has been the best ammo type for bowgunners to use overall thanks to its damage, stun potential and utility. Capcom saw that too many players flocked to this ammo and forsook practically every other one, so it lowered the amount of damage Slicing Ammo could deal, reduce the amount of Slashberries (the material required to make it) players could have in their item pouch from 60 to 30 and reduce the effect they had on other players.

Though many had been calling for a slicing ammo nerf, no one expected Capcom to actually do it and said adjustments came unannounced for many. As such, Capcom cut bowgunners a little slack by allowing them to still use any extra Slashberries in their inventory if they had more than 30 when the patch hit, rather than have them be deleted automatically.

And therein lies the problem.

Players (such as GameFaqs user HylianShield) who had more than 30 Slashberries in their inventory prior to downloading the patch, are now finding that they can carry as much ammo as they want, essentially negating the effects of the nerf. It’s not clear exactly what’s causing this, but it seems that once the 30 item limit cap is surpassed, there is no longer a limit whatsoever.

So, yes, there has been a slicing ammo nerf, but it appears two of its greatest components: reduced potential ammo and damage won’t mean anything to certain lucky players. Indeed, it doesn’t matter how little damage you do (assuming you aren’t a speedrunner), if you can have potentially infinite ammo. So long as you don’t fall under 30 Slashberries, you’re golden.

Of course, Capcom won’t allow this bug to remain for very long, so have fun with it while you can.