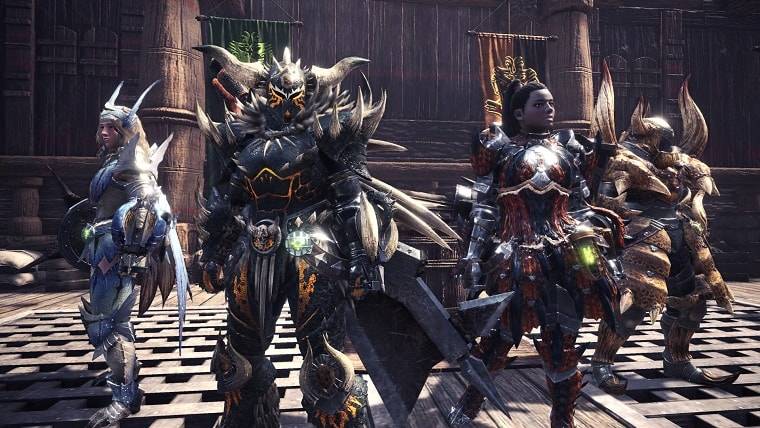 Capcom has released a new update for Monster Hunter: World and aside from a few bug fixes, it has brought some pretty significant changes to Bowguns, potentially changing how they play entirely.

By now, anyone who has touched a LBG or HBG can tell you that Slicing Shots have been the go-to ammo type for quite some time now. It does solid damage, does that damage over an extended period of time, and can sever tails thanks to it dealing slash attribute damage. In fact, its only downside is that it wasn’t suitable for online since it can hit and stagger other players.

However, Capcom felt that this was a bit too strong and decided to not only nerf its damage, but reduce the amount of Slash Berries that players can bring with them to 30, meaning that Bowgunners will need to bring Farcasters so that they can go back to camp and get more ammo/berries mid-hunt.

So what did Capcom do to compensate for this loss? Boost Normal, Pierce and Elemental Shots.

Now, all three of the aforementioned ammo (except Dragon) do boosted damage, making them all more viable. In fact, all three could likely put out some pretty decent damage now when combined with all the gear, gems and charms that already in the game (elemental can already do this).

It’s nice to see that Capcom is looking at buffing various weapons, but it remains to be seen whether these changes will amount to anything in the long run. As mentioned before, Slicing Shots are absurdly powerful and have very strong utility, so Capcom would have to put a lot of effort into nerfing them to make the change worthwhile. At first glance, it seems that this just simply made using them less convenient. The reduced effects on other players is a nice touch, though.

Meanwhile, how well the Normal and Pierce buffs are received will be directly proportional to how bad Slicing Shot gets nerfed. If they’re strong enough, most will use them. If not, then they’ll just continue using Slicing Shot. As stated before, Elemental Shots, especially when used with the appropriate LBG has always been plenty powerful so this update is just a net gain for them.

And if all else fails for HBG? Just use Spread and Cluster Shots.

To see the rest of the patch notes via Capcom Unity, follow the link here.

Monster Hunter: World is available now worldwide for the PlayStation 4 and Xbox One, and will launch for PC this fall.