The latest news in the world of video games at Attack of the Fanboy
July 10th, 2015 by Damian Seeto 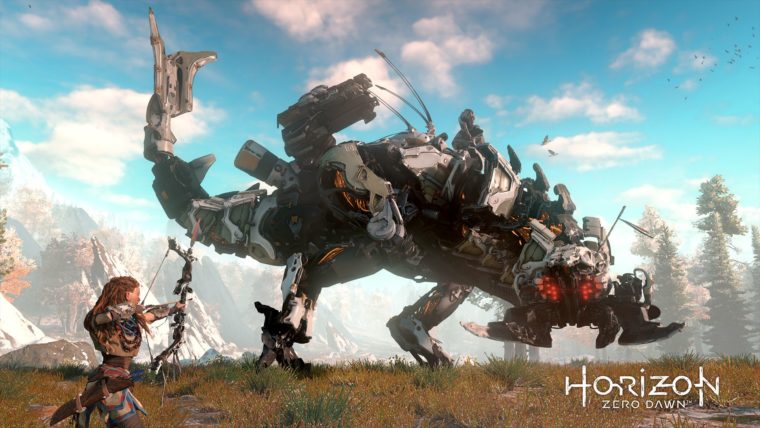 The pair shared to Games Radar a ton of great new details about the game. It looks like it could be one title that every PS4 owner should look out for in 2016.

First of all, they confirmed Horizon: Zero Dawn has “no loading between areas“. It was noted the whole world is explorable so you can venture off and see the mountain tops and valleys.

It also sounds like it won’t be a simple hack and slash game. Combat will be “tactical” as you have to survey your surroundings and also find out the weak spots for all the robots you face.

The game has a climbing and traversal system that allows the main character to go up mountains, trees and swim through rivers too. Jan said this is useful if you wanted to flee from a robot instead of fighting them.

Horizon: Zero Dawn also is a “core single player experience“. However, there will be some social features added in the game. This could be similar to how it’s done in the Dark Souls games.