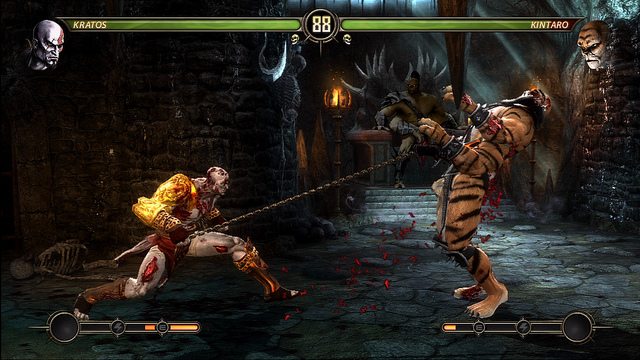 When Mortal Kombat X comes out next year, it’s likely the game will have some console exclusive characters for PlayStation and Xbox gamers to enjoy.

It was revealed a few weeks ago that Mortal Kombat X is likely to have some guest characters that aren’t in the traditional Mortal Kombat universe. We now know that the game will have console exclusive characters. Ed Boon confirmed this during a lengthy interview with IGN. The roster list will also be expanded via DLC too after the game’s release. This is something Netherrealm Studios did with the 2011 Mortal Kombat game. The extra DLC was affordable and Freddy Kueuger was added into the game.

Since Mortal Kombat X is a mature and violent game, Netherrealm Studios will need to discuss with Sony and Microsoft which characters will be appropriate to add. It’s a safe bet we won’t see Ratchet and Clank in the game or something like that…