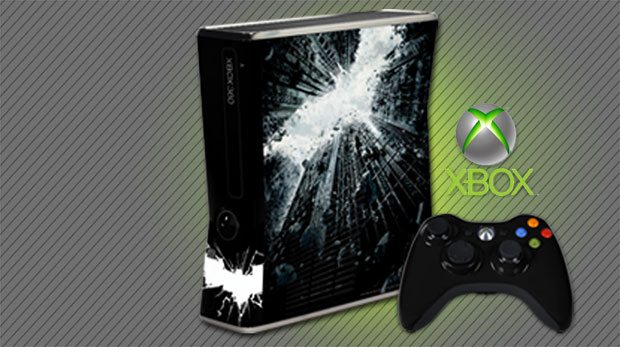 It’d be pretty unsurprising if Bruce Wayne turned out to be a gamer. All of that crime-fighting and gliding while witnessing criminal acts of human degradation would be enough to stress anyone out. What better way to unwind than heading to the Batcave and picking up the controller for a few hours? If Mr. Wayne did in fact engage in long gaming sessions through the night, we have a feeling this is exactly what his Xbox 360 would look like.

As a part of Mountain Dew’s promotion leading up to the release for The Dark Knight Rises, the soda brand is offering a Limited Edition Dark Knight Rises Xbox 360 designed with the Bat-Signal in the sky above a crumbling Gotham. Also featured is a Kinect system as well as a sleek black-finish controller perhaps with a design inspired by the batarang. At a reportedly estimated $1,000 retail value, the console itself is hand-dipped using ColorWare’s proprietary coating system, and features a durable UV clear coating to help protect the special design from fading and wear.

So how do you get your hands on this thing? Unfortunately, not by throwing a lot of money at it as you would normally do for LE consoles, because it’s not available at retail. Instead, you’ll have to be a lucky bastard…and will probably have to drink a sh*t ton of Mountain Dew. Inside of specially marked Mountain Dew packages and bottles are redeemable codes worth points. With each code you collect, you can go onto the official site, redeem the code for points, and enter those points to win Dark Knight Rises gear and other sweepstakes.

Head over to the official site of the sweepstakes for your chance to win, and if someone tells you Mountain Dew is bad for you, ignore them. It’s tasty, sugary, and buying it gives you the opportunity to get cool swag!