Multiplatform Game of the Year ’10 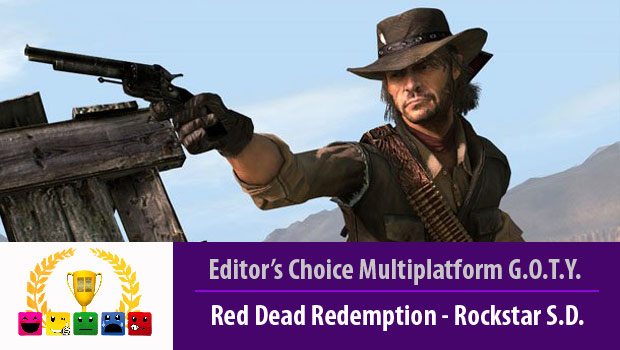 2010 was a great year for multiplatform games.  Whether you liked multiplayer experiences or long epic single player centric journeys you found something to play in 2010.  One game that shined above all else on every platform was Red Dead Redemption.  The open and sprawling world of the Old West, was brought to life under the creative visions of Rockstar San Diego.  With so much to do and see, Red Dead Redemption was one of the greatest games this year on any platform.  Furthermore, the game was designed well to function equally on all platforms, giving users on both the Xbox 360 and PlayStation 3 an equal experience.

Our nominations for the 2010 Multiplatform GOTY readers choice were Red Dead Redemption, Fallout: New Vegas, Assassin’s Creed Brotherhood, Bayonetta, Dead Rising 2, Call of Duty: Black Ops, Battlefield: Bad Company 2, SuperStreet Fighter IV, and Vanquish.  Thanks to everyone who voted.  The results below are the top three reader’s choice winners, with Red Dead Redemption taking home the title this year.  In this category there were many honorable mentions as the voting was extremely close as you can tell.  Fallout New Vegas and Call of Duty: Black Ops finished just a handful of votes behind Battlefield Bad Company 2. 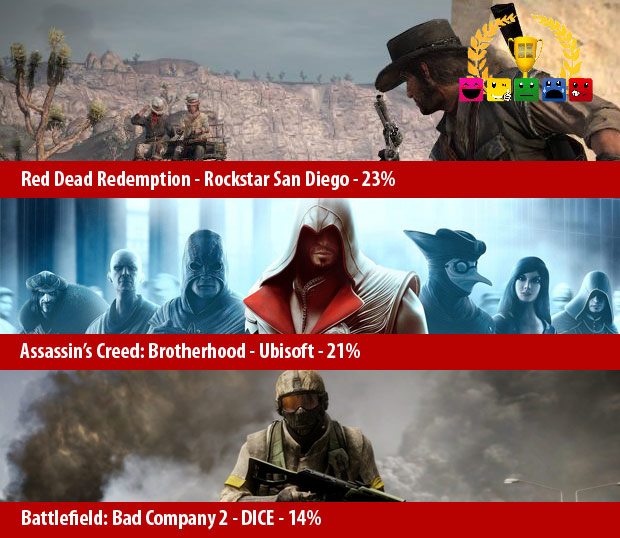