Winners don't do LoL at work 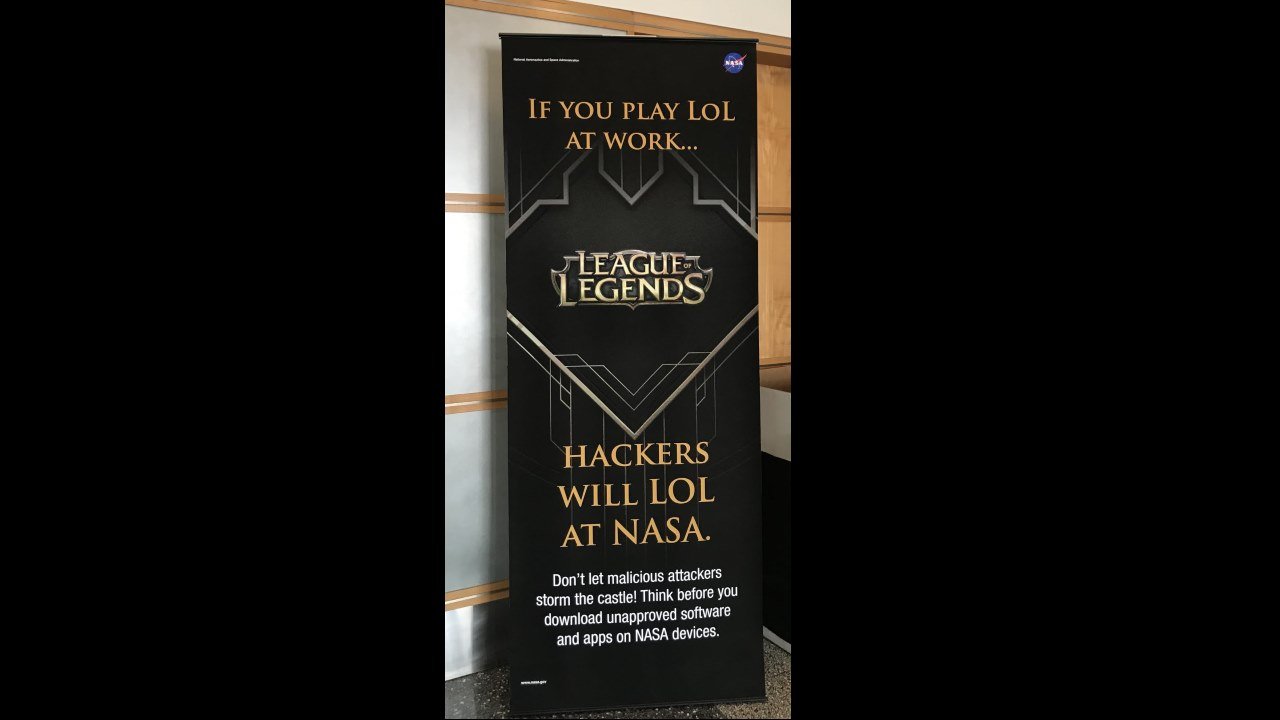 Messing around at work is an important and common pastime for most Americans. You browse social media or play a game, and usually it’s no big deal. When you work at NASA though, everything you do is significant and slacking on security or other procedures could be detrimental to the organization’s cause. Whether it’s wasted time or opening your computer up to hackers, playing a game on a NASA machine seems like a bad idea all around, and now the organization is fighting back with some lighthearted ribbing of its employees.

Spotted outside the cafeteria, a new sign reminds NASA employees that simply installing a game on their machine could have negative consequences for everyone. “If you play LoL (League of Legends) at work, hackers will LOL at NASA,” reads the sign. It goes on to say “Don’t let malicious attackers storm the castle! Think before you download unapproved software and apps on NASA devices.”

As someone who has spent years in the IT field, this notice is both important and necessary. If users are given the ability to install whatever they want on their machine, that machine is then open to attack from many different avenues. League of Legends  is a hugely popular game around the world. It is also the sort of game that NASA employees might flock to in droves, with many mentions of an official NASA group for the game around the net. If an attacker could infiltrate that group and get into NASA’s network they could do some serious damage.