NBA 2K13 to get Olympic Teams from past and present 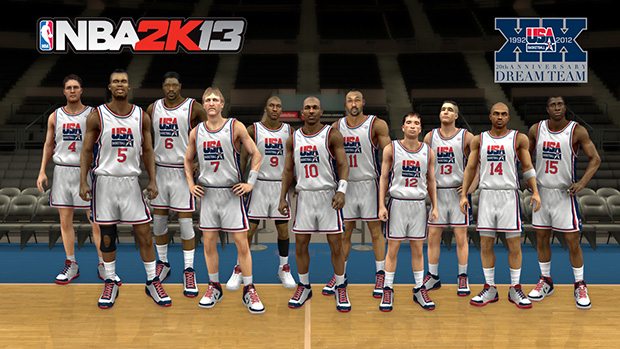 2K Sports has announced a partnership with USA Basketball, and will bring Olympic Teams past and present in this October release.  NBA 2K13 will feature both the original Dream Team from 1992 and the star-studded roster of current players from the Gold Medal team from the 2012 Olympics.

The original Dream Team consisted of some of the greatest players in NBA History and 11 Hall of Fame players.  Included on the Dream Team in NBA 2K13 is Michael Jordan, Larry Bird, Magic Johnson, Karl Malone, Charles Barkley and others from the famous group that won gold in Barcelona.

This team will be able to go head to head with the current Olympic Team that includes Lebron James, Chris Paul, Kevin Durant, Carmelo Anthony and other stars currently playing in the NBA. NBA 2K13 is scheduled for an October 2nd release on the Xbox 360, PlayStation 3, PSP, Wii U, and Wii.