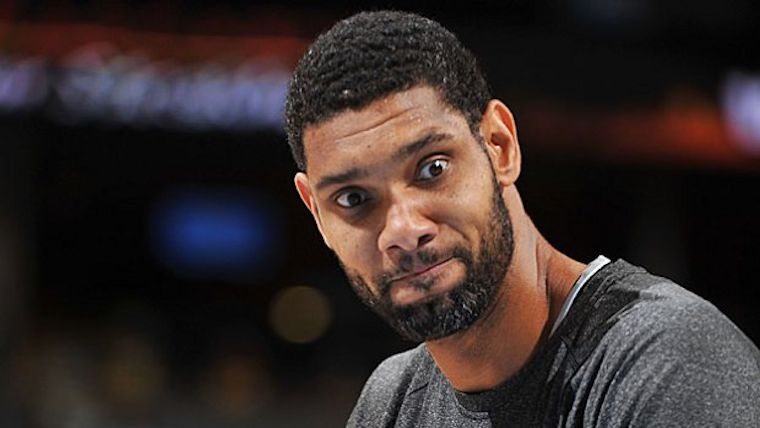 Just recently, we learned that 2K Sports had completely revamped the ratings system for NBA 2K15, with players being scaled lower overall. At the time, 2K Sports only revealed two pieces of info, that Kevin Durant was a 95 overall and that only four total players in the game had a rating of 90+. Everyone knew that Lebron James would be one of the other two, but the mystery has been who the other two would be. Now, we have the answer to one of those mystery players and it may be a bit of a surprise to some.

Being one of the most consistent players with little decline over the last decade, Tim Duncan once again led his San Antonio Spurs to a NBA Championship last season and evidently 2K Sports felt that was good enough reason to rate him 90 overall in the game. Not only did we find out Duncan’s rating, but also the full Spurs lineup as well courtesy of an image showing off the full Spurs roster in game, which can be seen below:

Duncan has seen a 3 point increase on his rating from last year, so his performance in the playoffs certainly helped with this increase. Some may certainly find this rating for Duncan to be controversial, but there is no doubt he is a man of consistency in the league and is still very relevant.