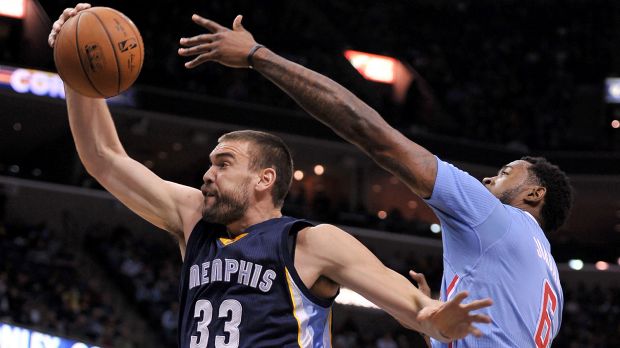 The NBA 2K16 player ratings have now been revealed for the top centers in the league.

None of the centers have managed to go over the 90 mark, but they still have some respectable ratings. The best center in the entire game is Marc Gasol who currently plays for the Memphis Grizzlies.

Check out the top NBA 2K16 centers below:

As always, these are just the player ratings that these guys are getting at the start of the NBA season. Ratings will constantly change when the season starts this October.

It will be interesting to see if these players can keep their ratings high in NBA 2K16. 2K Sports is promising to update the game constantly to be accurate to real-life.

The two best current players overall in the game are Stephen Curry and LeBron James. They received ratings of 93 and 94 respectively. Their teams were in this year’s NBA Finals so this is the reason why they have been ranked so highly.