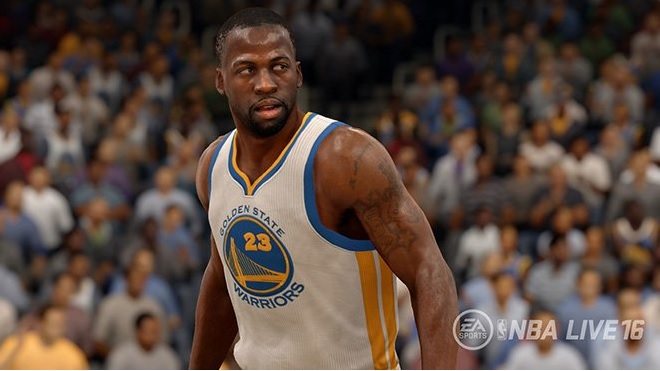 A small update has been made to EA Sports’ NBA Live 16 video game. There have been adjustments to the player ratings for some of the current roster.

EA Sports announced all of the changes on the official NBA Live 16 website. Several players have improved on their rating, while others have dropped.

Here are the players that have improved:

*Draymond Green: OVR 88 (+5) – Steph Curry isn’t the only MVP candidate on the Warriors’ roster. Green has been sensational.
*CJ McCollum: OVR 80 (+3) – It has been a breakout year for McCollum. He’s continuing to impress.
*Jimmy Butler: OVR 89 (+2) – It’s no secret that Chicago is now Butler’s team. He’s been on fire as of late.
*Rajon Rondo: OVR 84 (+2) – Rondo’s career resurgence continues in Sacramento.
*Larry Nance Jr.: OVR 73 (+2) – Nance has been fun to watch, especially when he imitates his father and breaks out an athletic dunk.

Here are the players have have dropped in rating:

*Zach Randolph: OVR 80 (-2) – Randolph has lost his starting role due to his ineffective play. Hopefully his new role off the bench brings life to the Grizzlies.
*Al Jefferson: OVR 83 (-2) – Jefferson was slumping and then injured his knee. He’ll be back in the lineup in 6 weeks.
*Chandler Parsons: OVR 81 (-1) – Parsons has been underachieving so far this year for Dallas.
*Damian Lillard: OVR 87 (-1) – Lillard has been battling injuries, but recently rejoined the Blazers’ lineup. He’ll find his true form again soon enough.
*Steph Curry: OVR 95 (-1) – Curry has been playing phenomenal this year, but these past few weeks he fizzled out a little bit.