NBA Live Mobile Video Game Has Been Released For Free 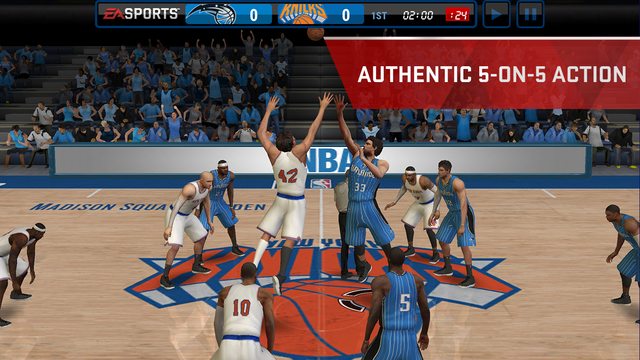 EA Sports has not given up on its NBA Live franchise as the company has now released a mobile version of the game.

NBA Live Mobile is available to download on iOS and Android and is somewhat a smaller version of NBA Live 16. It’s out now in some countries as the release date has been noted down as February 17th, 2016. If you don’t see it yet, you might have to wait a little while longer for the stores to update themselves.

NBA Live Mobile is free to play although an internet connection is required at all times to play it. The game is only 95.8MB and you need iOS 7.0 or later to play it on iPad, iPod and iPod Touch. For Android users, all you need is Android 3.2 and up. Like many mobile games, there will be microtransactions.

The game’s description says: “Connect to the NBA all-year-round with fast-paced, daily live events based on real NBA teams, players, and in-season action. Enjoy full 5-on-5 action, authentic 3D gameplay, and battle it out on the hardwood all the way to the NBA Finals!”

If you want to play a basketball game on the go, downloading NBA Live Mobile might be worth it since it’s available for free.