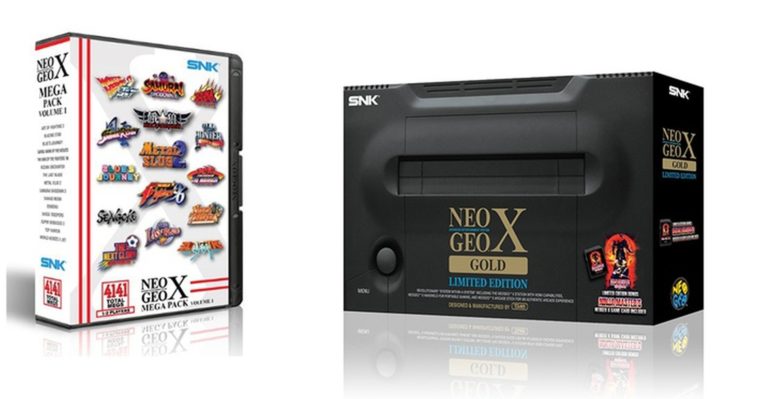 Best Buy selling the Neo-Geo X Gold Limited Edition systems a while back for $50 was quite the surprise, but seeing this deal spring up after the issues between Tommo and SNK is even more amazing. For $140, roughly $40 more than just the cost of the LE system, you can get everything included there and the 15 game-filled Mega Pack Volume 1. Groupon doesn’t usually have gaming stuff on sale, this is definitely a pleasant surprise. The LE system itself comes with Ninja Master’s in card form, 20 games loaded onto its internal storage, and some of the Neo-Geo’s finest games in the first Mega Pack.

The Pack itself is actually required for the firmware update that fixes up the interface a bit, made the emulation a little better, and disabled an exploit that allowed a modified SD card to be used for games that weren’t officially sold on the platform. The portable device is fairly good, with a really clicky joystick and comfortable buttons. The real treat of this whole package is the gigantic arcade stick. This thing is a brute and was crafted with quite a bit of care. It’s a USB joystick, which means beyond using it for your PC, it’s also playable on the Neo-Geo game-laden PS3. This deal seems to run until midnight on Sunday into Monday, so you’ve got some time to decide whether or not it’s for you. If you’ve always wanted to own an authentic piece of Neo-Geo hardware and didn’t want to spend a small fortune on it, this is a way to get the feel of authentic hardware to at least some degree. If you grew up loving Neo-Geo games in arcades, then you’ll definitely get your money’s worth out of this bundle.