NES Classics Came Back in Stock and Immediately Sold Out Again

The latest news in the world of video games at Attack of the Fanboy
July 25th, 2017 by Dylan Siegler 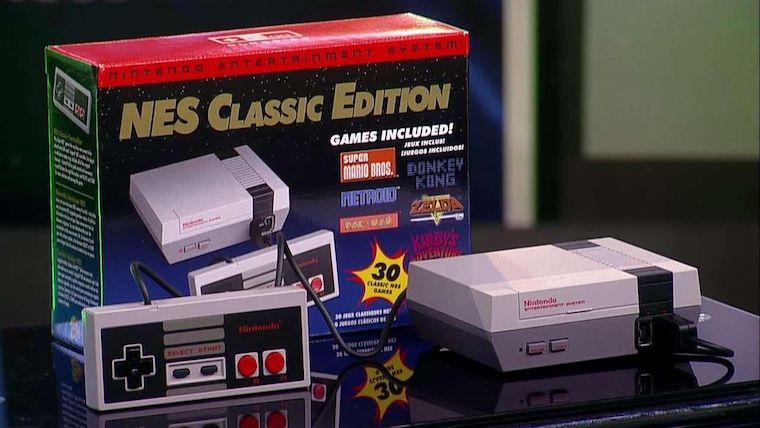 Nintendo’s ever-elusive and extremely under-stocked micro console the NES Classic Edition recently came back in stock in a very limited way. These new NES Classics were available exclusively through ThinkGeek and were only available in bundles, so you couldn’t buy the console by itself.

According to Gizmodo, these bundles were made available today (July 25) at 12:00PM PST/3:00PM EST and were completely sold out less than an hour later. ThinkGeek and its parent company GameStop have not disclosed where these new NES Classics came from, but they’re gone now anyway. The cheapest bundle available was $140 and included box art, a Legend of Zelda puzzle and a piranha plant puppet. Originally, the NES Classic cost $60, meaning that this bundle cost more than twice as much as the original price. However, $140 is still a lot less than most scalpers are selling them for on eBay. The most expensive bundle cost $220 and included a wearable Mega Man helmet and a replica of Proto Man’s Buster blaster.

Meanwhile, the SNES Classic Edition comes out later this year on September 29. Pre-orders for it were recently made available on Walmart’s website and were not only quickly sold out, but many of those who pre-ordered it had their pre-orders cancelled.