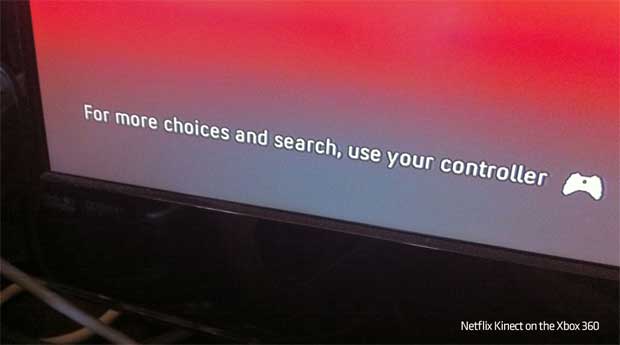 One of the biggest complaints we had with the Kinect when it launched back in November was some of the compatibility issues between the device and some of the most used applications on the Xbox Live service.  Today Microsoft announced that Netflix now has Kinect functionailities.  A new update enables the support which will allow you to utilize Netflix by waving you hands or voice controls.

The update also comes with a new Kinect recommendations channel which can only be accessed with the device.  There have been some reports that the functionality is ill concieved.  Kotaku reports that because of the implentation of Kinect only features for Netflix which only allows you to watch certain movies while using the device.  If you want to watch something not on the “Suggestions for You”  engine you’ll need to use your controller to dig deeper into the catalog.