Did I mention Atomic Heart will support GeForce RTX? 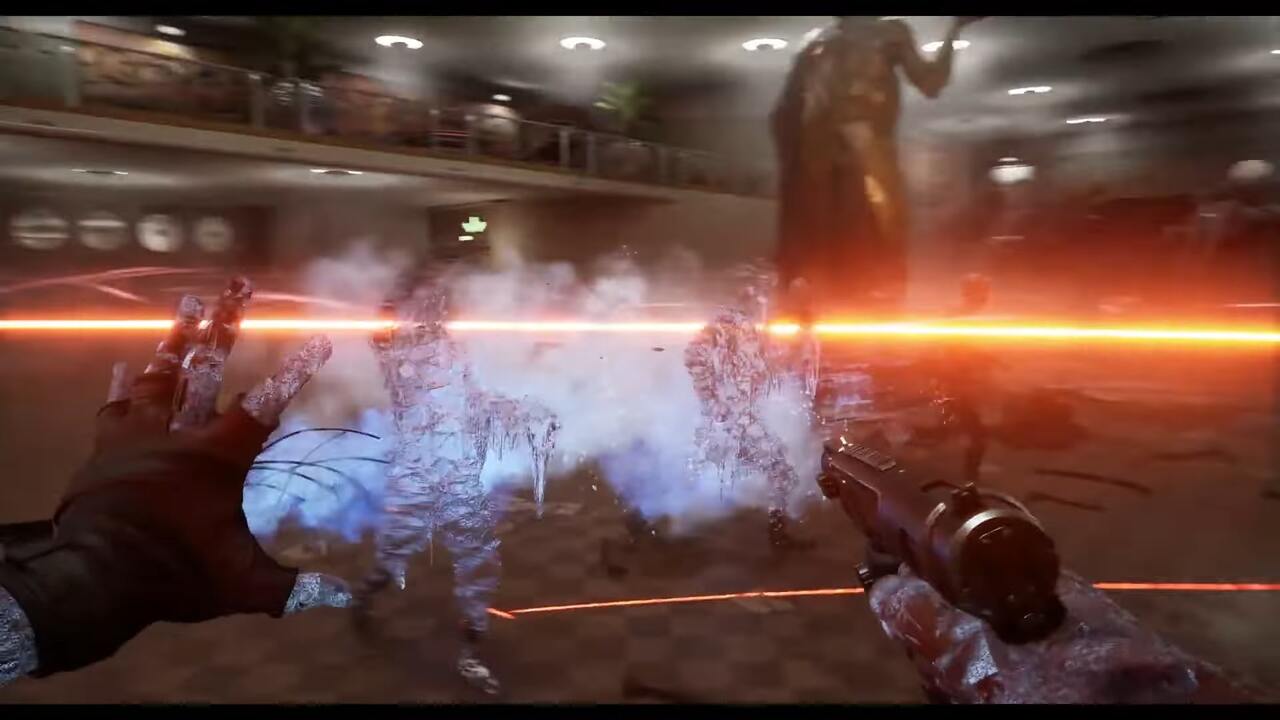 A brand-new combat trailer for Atomic Heart has just been released and it gave us another look at the weapons, the powers, and the world of Atomic Heart. With the first reveal and trailers dating all the way back to the Xbox E3 2021 presentation, we are excited for any chance we get to see more Atomic Heart gameplay.

The newest Atomic Heart gameplay trailer was showcased at the GeForce RTX 2023 event. The gameplay in the trailer was used to demonstrate that RTX is enabled in Atomic Heart and drastically improves the lighting, physics, and overall feel and look of the already gorgeous world.

Though we have seen Atomic Heart gameplay before, as it is one of our most anticipated horror games of 2023, this combat trailer showed us more of the powers and weapons. The powers in Atomic Heart look very similar to how Bioshock used powers — that is to say, your left hand has elemental capabilities.

In this trailer, we saw an ice power that freezes enemies, a water power that slows enemies down, a lightning power that shocks enemies, and a levitation power that raises everything in an area and slams it to the ground. All of these powers look phenomenal and hopefully only scratch the surface of what we can expect from Atomic Heart.

As for weapons, the gameplay showcases a large assault rifle that shoots a massive lightning ball as well as lightning bullets, a pistol that can be used with the powers, another more classic assault rifle, a lightning railgun, and a melee weapon. From the Atomic Heart webpage, there looks to be a lot of weapon customization and crafting.

Lastly, the trailer showed bits and pieces of the world. We saw a floating city, laboratories with pulsing red mysteries, and landscapes with lush forests, mountainsides, and lakes. From the combat to the scenery, Atomic Heart looks breathtaking.