The latest news in the world of video games at Attack of the Fanboy
January 4th, 2015 by Damian Seeto 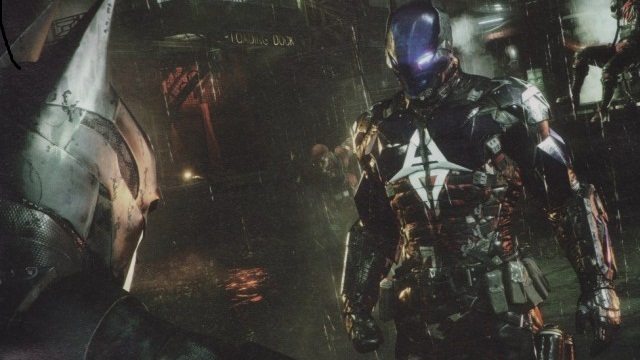 Some brand new screenshots have now been released for Batman: Arkham Knight, and the game is looking awesome.

The new Batman: Arkham Knight images were posted by Russian website, ConsoleLife. Most of the new screenshots takes a further look at the mysterious character in the game named “Arkham Knight”.

One of the other screenshots for Batman: Arkham Knight takes another look at the Batmobile in action. This is the first time that Batman will use the Batmobile in the Arkham video game series. Batman can use it to drive around Gotham City, and he will need it as the game map is several times bigger than Arkham City.

Batman: Arkham Knight was originally scheduled for release in 2014, but had to be delayed until June 2nd. This is probably a good decision with so many 2014 games coming out with several bugs and glitches.

The game will be available for the PS4, Xbox One and PC platforms.