The latest news in the world of video games at Attack of the Fanboy
February 28th, 2017 by Darrin Wright 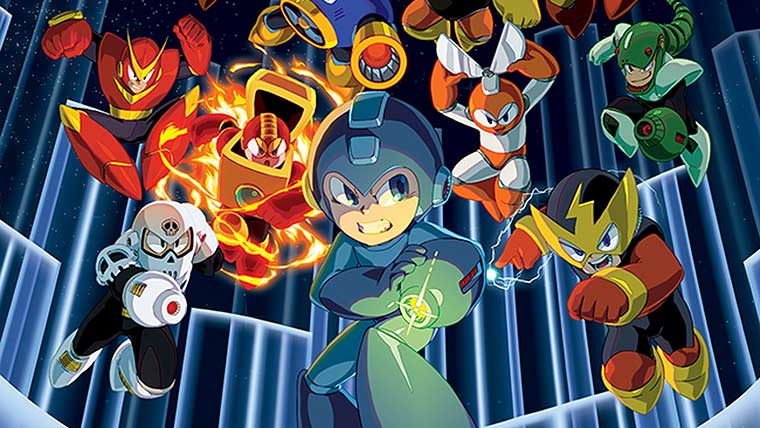 The same team that delivered the impressive Mega Man Legacy Collection is working on another anthology collection, although they can’t really talk about it. Digital Eclipse’s Frak Cifaldi appeared on the Channel 33 podcast to make that announcement in the form of a possibly inadvertent tease:

“I shipped a collection called Mega Man Legacy Collection the year before last, and we’ve got another one coming out soon that they’re gonna announce any day now. I don’t know when. I wish I could talk about it but it’s really cool.”

So, yes, Cifaldi technically talked about it without actually talking about it, leaving it up to fans to now debate and dream up what it could possibly be, although it’s likely to be more Mega Man, most likely a Mega Man X collection if there’s any justice in this world.

That being said, Capcom has a number of franchises they could utilize, some of which have been dormant for a while, and others are named “Street Fighter” and “Resident Evil“, although it’s more likely Cifaldi’s team is working on a collection of retro games, so if either of those franchises get a collection it’d probably only include older games in their respective series. In the case of Street Fighter, the timing would match up with the upcoming re–re–re–re–remake of Street Fighter II on the Nintendo Switch.

Other titles we’d like to see get the collection treatment include the Devil May Cry, Lost Planet, Ace Attorney, Onimusha,  Final Fight, and Monster Hunter franchises, although some of those are far more likely than others. Still, Capcom has a rich history to pull from, so whatever we see – even if it’s a re-release of an existing collection – should be fun.

Which games would you like to revisit from the Capcom catalog? Let us know below!