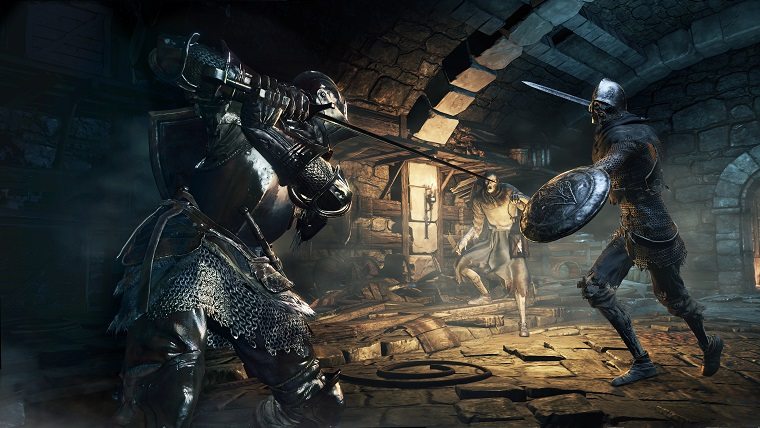 Dark Souls 3 is shaping up to be the darkest in an already extremely grim series. Promising an apocalyptic world full of monsters, dragons, and other beasts that seek nothing but your death. We’ve see a lot of videos from the game, but the latest trailer seems to really hammer home the mood of Dark Souls 3 more than any other before it.

Dark Souls 3 True Colors of Darkness trailer features tons of new gameplay footage from the game, all playing alongside a beautiful, but dark cover of Cyndi Lauper’s “True Colors” song. Fans of the series should really enjoy this new trailer, as it really evokes the mood of the series in a fresh way.

The gameplay footage can’t be undersold though, revealing a lot of new segments of the game. Try to pay attention and see if you notice any of the other shifts that Dark Souls 3 will deliver to the established formula for the series. Many have compared the game to its spiritual cousin, Bloodborne. In the end, it seems to be a mixture of that game and the original Dark Souls, with a few elements from the sequel making its way in as well.