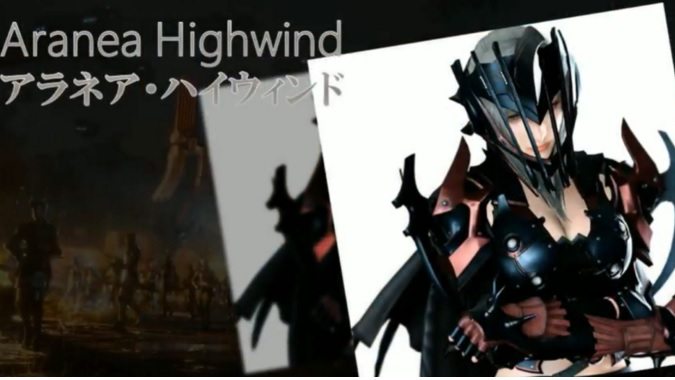 During the latest Active Time Report, Square Enix introduced/announced the new female villain that Noctis and the gang will encounter. Her name is Aranea Highwind and she looks like a character that can hold her own in a big fight.

She has been described as a commander for a military unit in Final Fantasy XV. You could say she’s similar in stature to Captain Phasma from Star Wars 7: The The Force Awakens who was the main boss of all the Stormtroopers. Unlike Phasma though, we will get to see Aranea Highwind fight.

During the Active Time Report presentation, Square Enix released a new trailer showcasing the combat in Final Fantasy XV. Noctis and his gang were infiltrating what looked like a military base of some sort. They had to battle several soldiers as well as some mechs.

At the end of the video, Aranea Highwind comes into the battle to fight the whole gang. Sadly, the video stopped right when she entered the battle. Hopefully we will see more of the character in the near future. We only saw a small glimpse of her a few years ago when the game was still called Final Fantasy Versus XIII.

Final Fantasy XV will be released in 2016 for the PS4 and Xbox One platforms. A release date for the game will be announced during a special event that Square Enix is holding on March 30th.