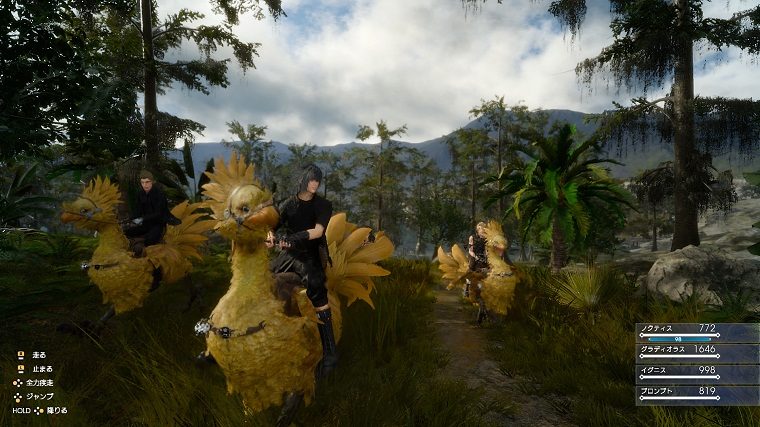 Square Enix has released a new near 3 minute long trailer for Final Fantasy XV and it looks amazing.

The game shows tons more gameplay footage for Final Fantasy XV featuring a cover of “Stand by Me”. It is a cover made by Florence and the Machine and it sounds lovely. Florence is a big fan of the series and is happy to be a part of something epic.

As for the gameplay footage, we see more chocobos and a titan that looks like something from Attack on Titan. We also see the importance of Noctis as he’s the heir to a powerful empire.

The game also has a variety of different environments that are bigger and better than the small linear worlds that featured in the Final Fantasy XIII trilogy.

The trailer also shows the battle system which is faster than what the older games had. The combat looks epic as you will be able to battle enemies of all sizes both big and small.

Final Fantasy XV releases on September 30th, 2016 for the PS4 and Xbox One.