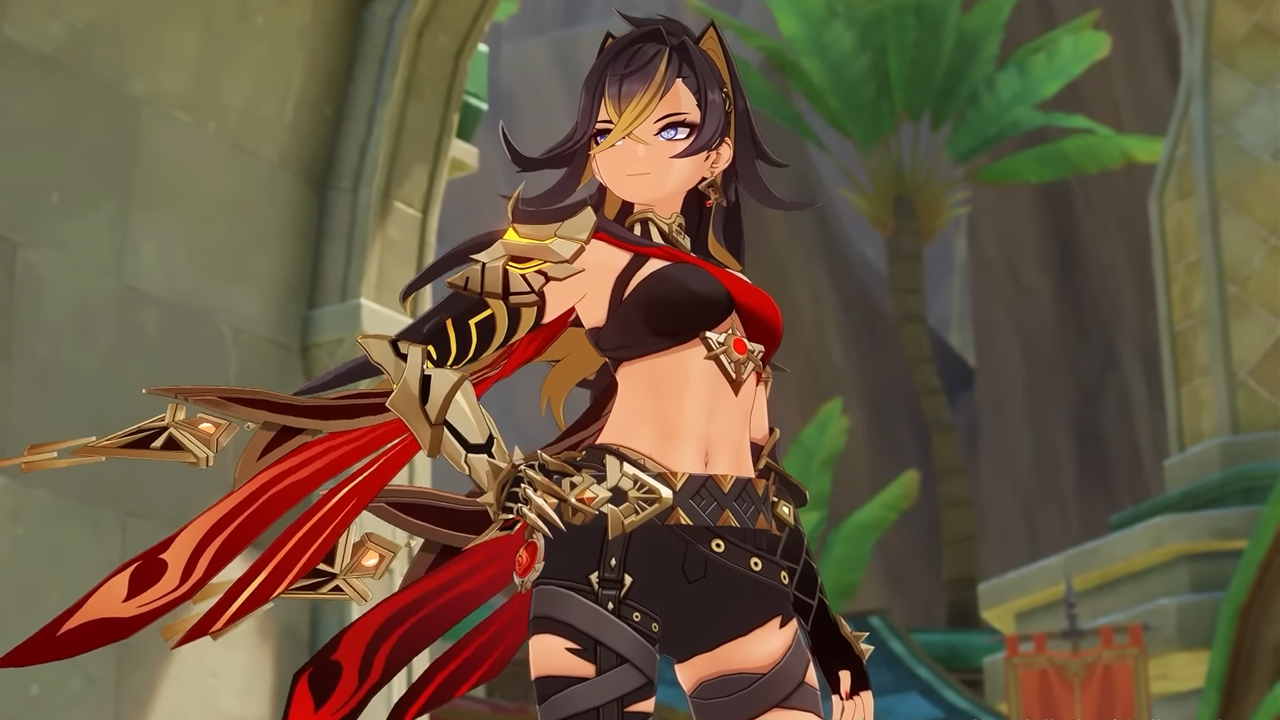 Although leaks regarding Genshin Impact‘s upcoming region of Fontaine and its set of characters continue to surface almost daily, any kind of leak focused on the game’s upcoming 5-star Pyro Claymore Dehya is still hard to come by, which is understandable given that the debut of the beta phase for the game’s version 3.5 is still more than a week away. With that said, as players continue to ask themselves what will be her primary role, as well as out of which attribute will her kit scale off, a new leak surfaced, answering both questions and making the day of many players who were afraid she would only scale off HP.

According to the new leak, courtesy of Plusle, Dehya will be a Main DPS whose kit will scale off ATK, while one of her ascension materials will allow her to increase her overall damage based on her HP. The leak also claims that her Elemental Skill will offer off-the-field Pyro application, while her Burst will allow her to enter her own Burst state.

This leak seems to further back up a claim by m9g, where they revealed that Dehya’s playstyle will be similar to both Fischl and Thoma’s.

What Will be the Best Artifact Set for Dehya?

Although it is impossible to claim which artifact set will be the best for Dehya without having more info regarding her set, a safe bet is that a 4-piece Crimson Witch of Flames set, which is considered the game’s current best Pyro DPS set, would be the best pick for her.

With that said, if you are betting on the set and thus plan on farming it, we recommend that you hold on to all ATK% (Plume+Sands), HP% (Sands), CRIT Rate/DMG (Circlet), and Pyro DMG Bonus (Goblet) artifacts.

Genshin Impact is currently available for PC, PlayStation 4, PlayStation 5, and mobile devices. The game’s version 3.4 is set to be released on January 18-19 2022.