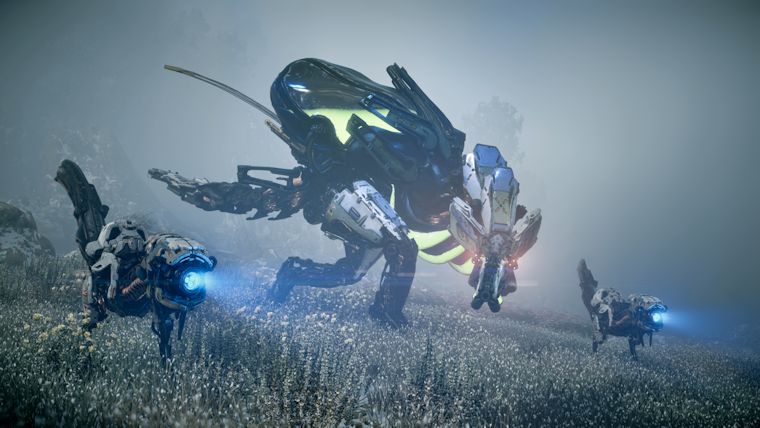 While everyone eagerly awaits The Frozen Wilds DLC for Horizon Zero Dawn, Guerrilla Games has launched a big update for the base game which adds a variety of features that will surely keep even the most impatient of us placated until then.

There are several new features to look forward to in this update, but the chief among them are two new game modes: New Game+ and Ultra Hard mode.

New Game+ is exactly what it sounds like, allowing players to start the game from the beginning while keeping everything about their character intact, such as progression and inventory. Interestingly enough, your character will still be able to get experience points, but she’ll never rise above Level 50.

Meanwhile, Ultra Hard mode takes things to the next level in terms of difficulty. Enemies will have enhanced senses and behave more more intelligently, while the player won’t be able to regenerate their health as quickly. Just know that you apparently won’t be able to tune down the difficulty if things become too challenging, so be sure to make a spare file if you’re starting a Ultra Hard playthrough on NG+.

Guerrilla Games has also added some incentive for trying out the modes by adding two new trophies: one for beating the game on NG+ and another for beating NG+ on Ultra Hard.

Beyond that, there are a bunch of other facets that made their way into the update, such as various bug fixes and boosted support for all EU and US text Languages on EU and US games.

Check out the patch notes for Horizon Zero Dawn Patch 1.30 in full here.