The latest news in the world of video games at Attack of the Fanboy
July 18th, 2015 by Damian Seeto 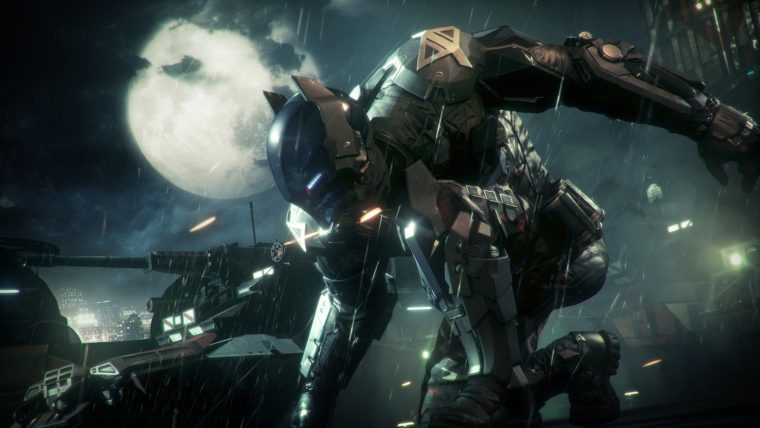 Warner Bros. and Rocksteady will be releasing an interim patch update for Batman: Arkham Knight on PC in August.

The announcement was made on the Steam Community forums. The developers are planning to release an “interim patch update” for all existing PC owners of the game in August.

According to the announcement, this new patch will help address the many issues that have already been noticed by PC owners of Batman: Arkham Knight.

There are many problems that still need to be addressed for the PC version of Batman: Arkham Knight. The mini update coming in August should allow players to as least play above 30fps. Other graphical settings are planned as well.

Some other fixes expected to be addressed are “improvements to system memory and VRAM usage” and improving “overall performance and framerate hitches“.

The last things that will be fixed are: NVIDIA SLI bug fixes, Enabling AMD Crossfire and NVIDIA and AMD updated drivers.

It’s still July so PC owners of the game still have to wait at least a few more weeks until this interim patch update gets released. They are still hoping to work towards a full update as soon as possible.

Right now, Warner Bros is thanking Batman: Arkham Knight fans for their feedback and patience as they try and fix everything wrong with the PC version.