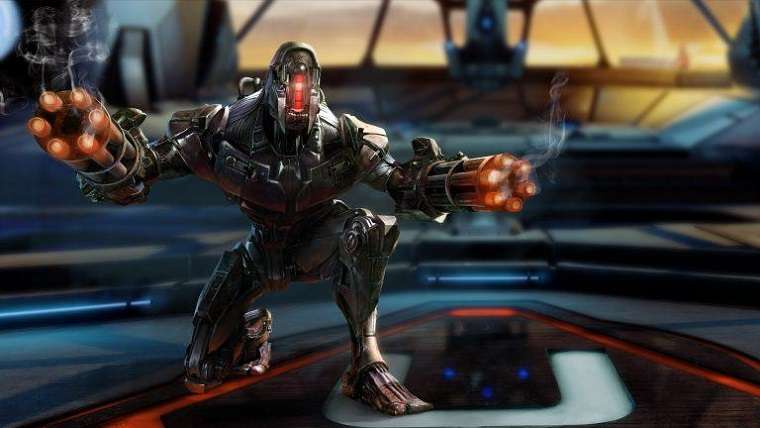 Killer Instinct continues to receive new characters via DLC, and now the latest character is available for purchase. The character’s name is Kilgore, who costs $10 and looks to be a very unique addition to the game’s ever-expanding roster. The money actually goes to good use beyond supporting the developer, as half of the proceeds go into the 2017 Killer Instinct Community Fund for competitive gaming tournaments.

The developer also took the opportunity to introduce everyone to Kilgore with a new blog post, which reads, “Before Fulgore and the Mark 03 units were introduced to the world, Ultratech created a line of failed cyborgs during the secret CCIX Program. These hulking battle machines bore twin overpowered chain guns that tended to overheat, making them unstable and unfit for service. But one cyborg—nicknamed Kilgore—became self-aware, and started rewriting his own software to account for this deficiency in his hardware. Saved from the scrapheap, this special unit has been brought out of retirement by ARIA to enforce her will…and Kilgore obeys.”

You can purchase Kilgore directly through the game on PC or Xbox One, or you can do it online by clicking right here. “Even if competing in tournaments isn’t your cup of tea, you still have a chance to help support KI and the scene in an amazing way,” says the developer in the blog post regarding the purchase of Kilgore.

The last character to be added to the game was the final one for season 3, which was Eyedol. The release of Eyedol was a big moment for the series, as it meant that any character that has ever been available in previous versions of the game is now playable in the current iteration. He also originally appeared as the final boss of the first game, which is a great treat for long-time fans.

A new video was released that shows Kilgore in action, and you can check it out below.