The latest news in the world of video games at Attack of the Fanboy
February 10th, 2015 by William Schwartz 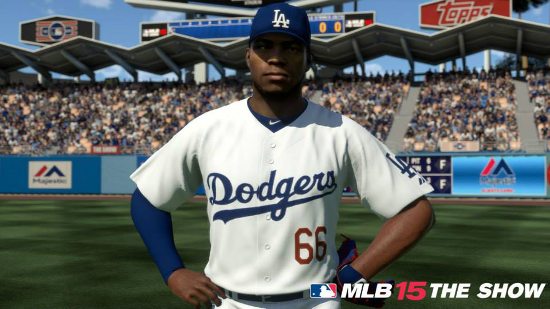 Hot on the heels of the announcement of the MLB 15: The Show anniversary edition, San Diego studios has revealed a few new features that the title will have when it releases in late March.

Revealed on the PlayStation Blog by game designer, Nick Livingston, MLB 15 The Show has announced a few new features coming to the title. Two major ones are universal rewards and licensed equipment. MLB 15 The Show has partnered with nine of the most iconic MLB equipment manufacturers to bring authenticity to the game including Franklin, Nike, Under Armour, Wilson and more. Fans will be able to earn these items throughout the game in various modes and equip their team with it. Also, some items will be tied to the universal profile and carried throughout the various modes. Check out the trailer below for the full rundown of how these licensed equipment play into the scheme of the game.

Licensed equipment looks to bring a lot of diversity to players especially within Road To the Show where players will be able to choose their bat, batting gloves, fielding glove, cleats, and even a ritual item. No word on what exactly the ritual item does, but I am so ready for the possibilities, even if it is just cool that it has been added.