We're green with envy of the developers guarding this secret. It’s been 5 and a half years since Persona 5 was released on the PlayStation 3 and 4, garnering critical acclaim and affirming mainstream status for the Shin Megami Tensei spinoff.  The game was so iconic it even gained the coveted first Fighter Pass slot in Super Smash Bros. Ultimate for its protagonist, Joker.  But even after several additional releases, like the Royal version, and Strikers after that, fans are wanting their next adventure from JRPG developer Atlus.  And Atlus knows this, recently releasing a cryptic tease on their website in advance of the franchise’s upcoming event in May.  Read on for our updates on the Persona 25th Anniversary Art and How it Hints at Persona 6!

Atlus and Sega released the following artwork ahead of their upcoming “Persona 25th Fes” event, scheduled for May 28, 2022.  Much like with any good viral marketing, this image is a great subject for interpretation. 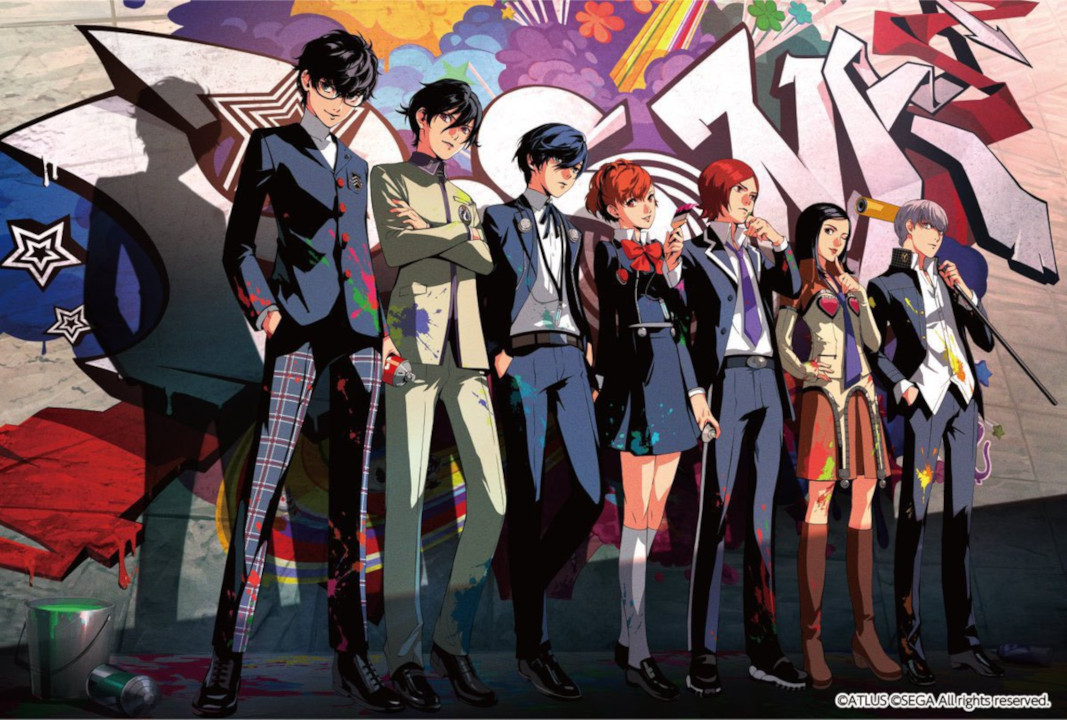 The cryptic image lines up protagonists from Persona games up to date next to a bucket of green paint, indicating the likely color theme for the next numbered entry.  This lines up with the colors and respective themes of recent Persona titles:

Along the visible spectrum of colors when mixing pigments or dyes, green is one of the primary colors along with the aforementioned.  The bucket next to Persona 5’s protagonist, along with the green spatters, hardly seems a coincidence, and despite splashes of other colors like cyan, green is still the most prominently featured one.  This of course could mean anything, and it’s up to speculation as to what it will symbolize and what sort of adventures will come.

An appropriate color scheme being teased that would most likely be used for a mainline Persona game is the likeliest current possibility.  Whether this indicates Persona 6 is certainly up for debate, but this seems to be a strong case in favor of something new on the horizon.

This concludes our current coverage on the Persona 25th Anniversary Art and How it Hints at Persona 6!  The most recent entry in the franchise was met with strong reviews and is considered by some to be among the best story-based games in recent memory.  It’s sufficient to say if Persona 6 becomes a reality, the fans will have great expectations.  We’ll likely find out more on May 28th, 2022.