Secret Techniques will act as these games' HMs. 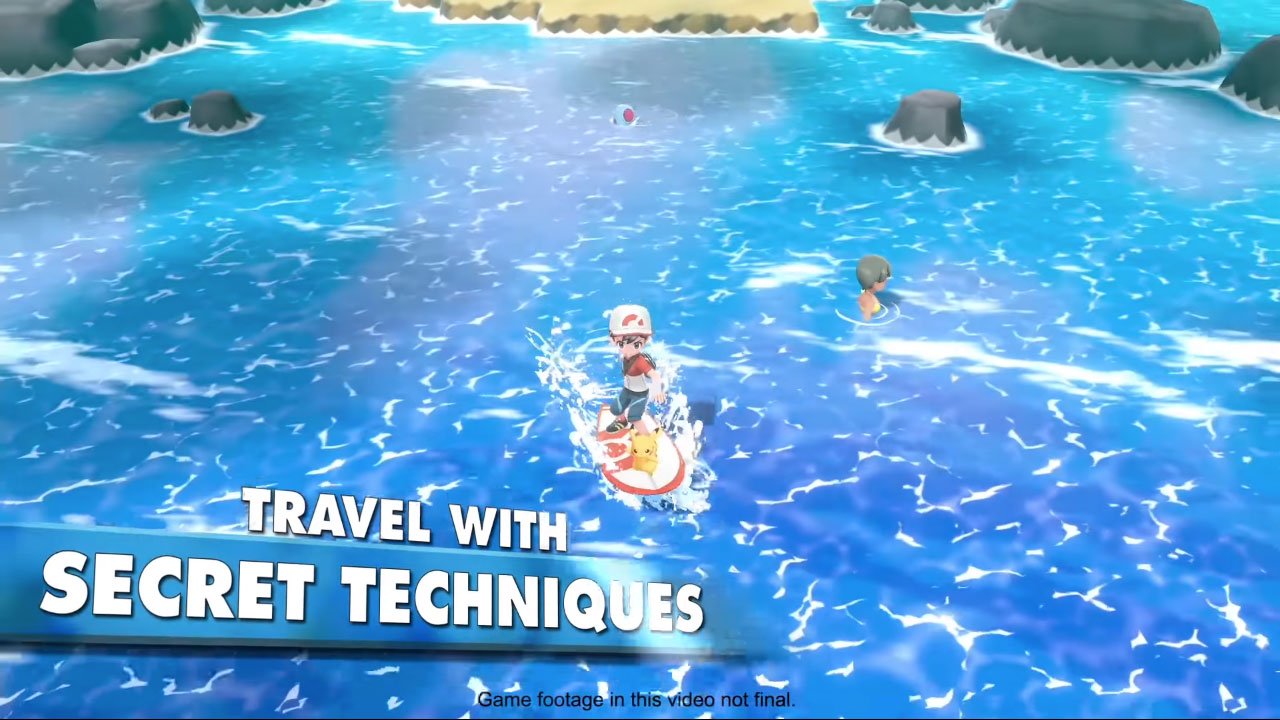 A new video was recently uploaded to The Official Pokémon YouTube Channel that shows off some new aspects of the upcoming Pokémon: Let’s Go, Pikachu! and Let’s Go, Eevee! games. One of the things shown off in the video is the new mechanic of Secret Techniques.

The first thing shown off in the new video is the new mechanic Secret Techniques. Pokémon veterans will likely recognize these Techniques as these games’ replacement for HMs (or Alola’s Poké Rides). However, unlike HMs, Secret Techniques don’t take up move slots and are instead exclusively used for traversing the overworld. For those unfamiliar with the concept of HMs, these Secret Techniques are moves that can be used outside of battle to help remove or get around obstacles. For example, Chop Down acts as these games’ Cut, allowing players to cut down thin trees blocking the path. Sea Skim acts as Surf, allowing players to travel across water, and Sky Dash acts as Fly, letting players revisit previously visited towns and cities.

The new video also introduced Exclusive Moves, which are special moves only partner Pokémon (Pikachu or Eevee, depending on your version) can use, as well as showing off Celadon City and its Gym Leader, Erika. You can watch the full video below. Pokémon: Let’s Go, Pikachu! and Let’s Go, Eevee! will launch on the Nintendo Switch on November 16.