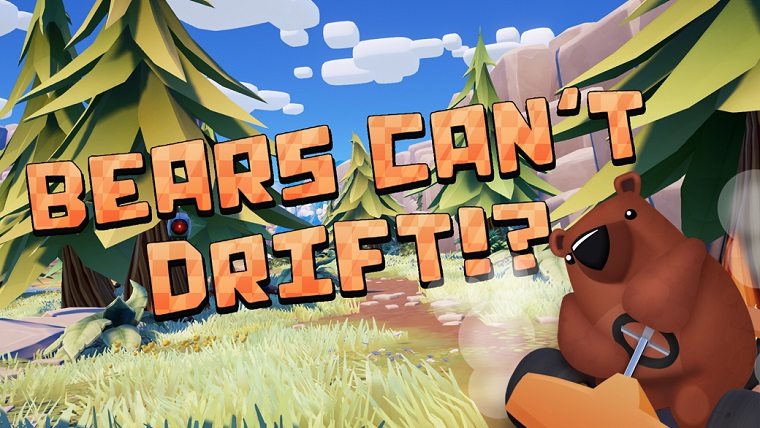 While kart racers aren’t the most common genre of games outside of the Mario Kart series, the PlayStation 4 has just gotten a new one today. The game is called Bears Can’t Drift, and has a variety of bears racing against each other with the use of “overpowered weapons” and varying difficulty levels.

Here’s a snippet from the PlayStation Blog announcement:

“Bears Can’t Drift uses icons rather than text to enable players, regardless of age or language, to play the game. Difficulty levels are designed to be discovered instead of chosen by menu. In fact, activating hard mode requires a great deal of skill!”

“All of the tracks are unlocked from the start, but not all tracks are equal. The forest levels are full of flowers and rainbows, welcoming the player with easy turns and short tracks; but beware the ruins, lava flows, and precipitous drops.”

The game is developed by Strangely Named Studio, who provide the descriptions for the following multiplayer modes:

Bears Can’t Drift is available now on PlayStation 4, though it is also available for PC.