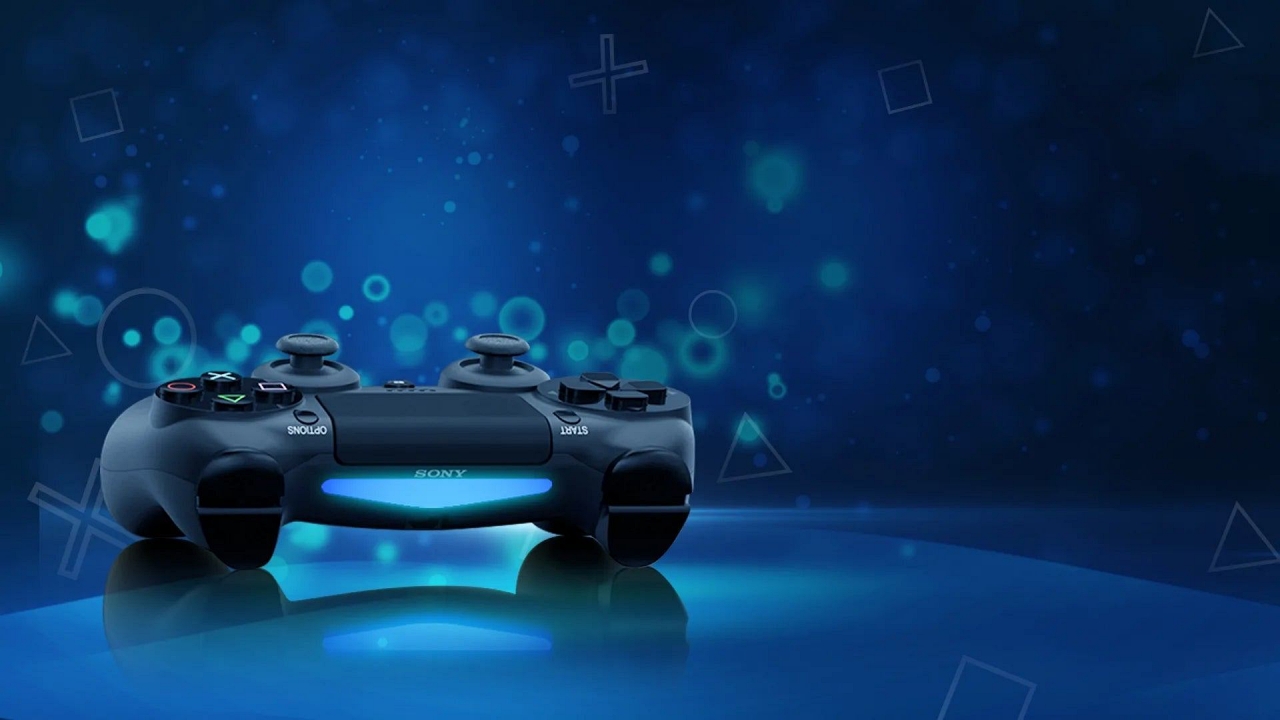 A patent filed by Sony on February 20th brings to light some interesting technology, namely some potential PS5 controller specs that will measure players’ sweat and heart rate. As creepy as it may sound, it appears that the company is in the works of developing such technology to produce “biofeedback,” or data based on a reading of a player’s emotional immersion in a game in order to enhance the player’s experience. Sony hopes that this kind of biofeedback technology will allow games to adapt to their players’ responses to make the overall experience more enjoyable for the user.

While the patent and its blueprints suggest that Sony is leaning towards placing these detectors in sleeves that will fit over the DualShock controller, they are still in the process of deciding whether one or both sleeves should contain sensors, if the sensors should be in the buttons as well (or exclusively), or if an external sensor that clips onto the controller and straps to the player’s wrist or fingers should be designed. The company expresses that they strive to make the biofeedback sensors accurate, inexpensive, and unobtrusive to a user’s comfort and gameplay.  Since it seems the company is still working on the logistics of this design, it is not certain at this time whether this biofeedback feature will be developed for use on the DualShock 5 controllers of this year’s PS5 release.

However, even if we do not see such controller features released with the PlayStation 5 console later this year, the sleeves could still be developed and added on as a later attachment whose sensory data could be transmitted through the PS5 controller’s audio input jack and into a processing device. The illustrations in this report utilize a DualShock 4 controller to provide a visual example of possible prototypes, according to the Patent Images section.

The image below shows the controller with sleeves (110 and 120) fit over the controller arms to measure sensory data for a user’s Electrodermal Activity (EDA), which could be input through the audio jack (102): 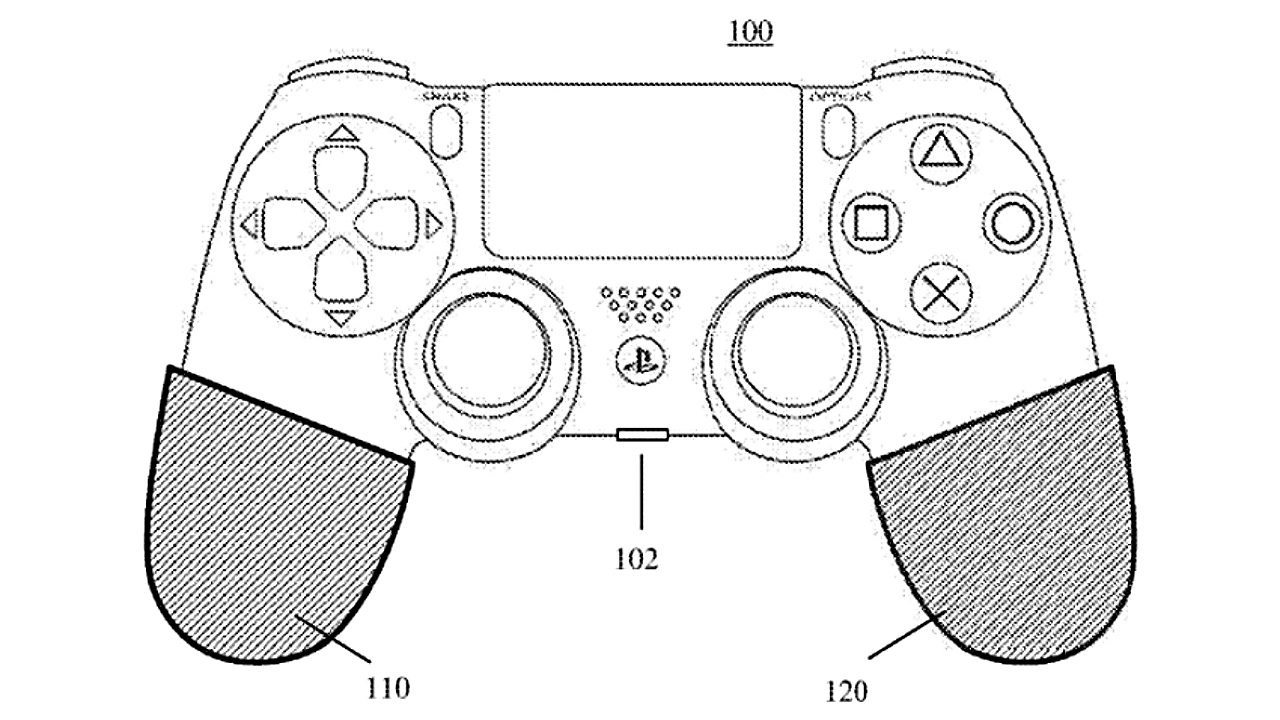 Sony adds that only one sleeve is necessary to detect and provide measurements of a player’s sweat output and heart rate, but two sleeves could guarantee better accuracy by covering more surface area. The company also reports that the final design will need to be inexpensive both to produce and once released to the market, since a high price could discourage gamers from buying the new technology.

Another prototype (again using the DualShock 4 controller as an example) illustrates sleeves (130 and 140) that cover a greater surface area and are linked by a “mutual sensor control unit” (150) which Sony notes “can be provided anywhere” on the controller that does not obstruct gameplay. The sensor control unit 150 could house the communications components of sleeves 130 and 140 and would be designed to collect and transmit EDA data (input/output), as well as act as a power supply and processor: 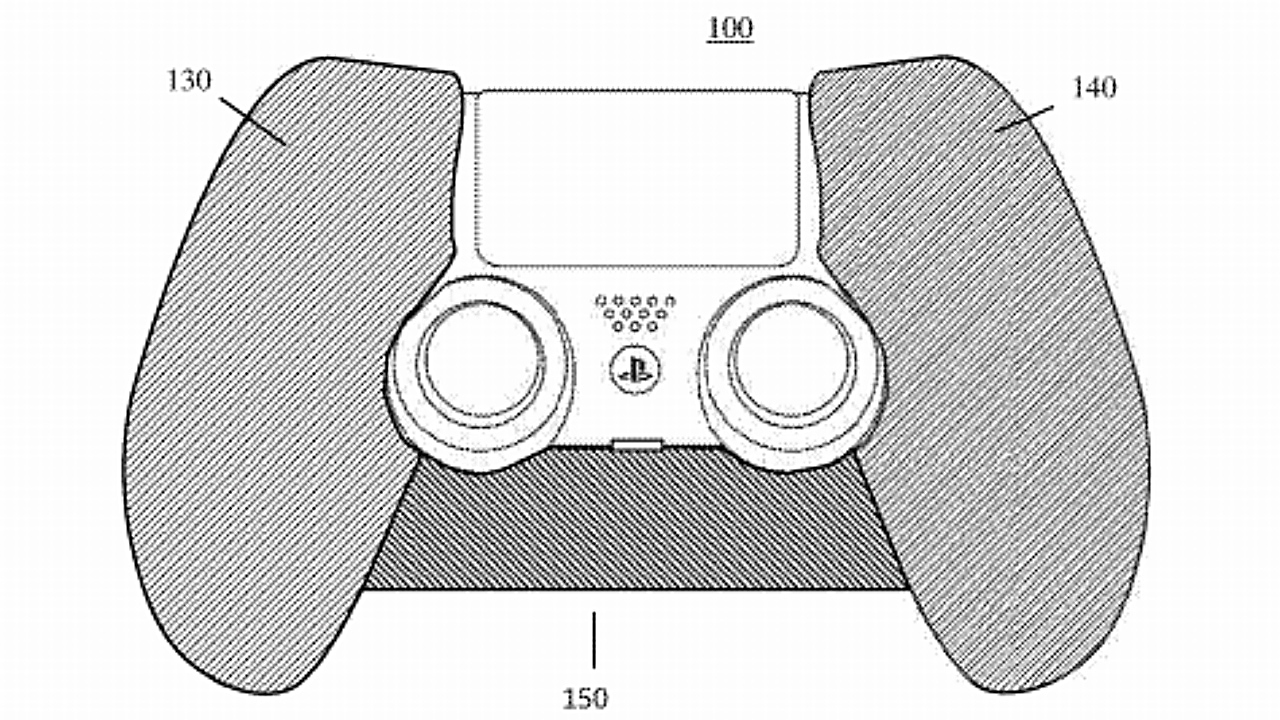 The focus on controllers with attachments rather than on those with built-in modifications suggest that users will be able to opt into this technology if they please when it is made available to the public. As it stands, Sony’s latest patent provides numerous options for biofeedback technology designs that we will likely be seeing a refined version of in the near future. Whether it will be available for the DualShock 5 controllers or not, as long as the design is well executed and the cost stays reasonable, it’s safe to say that biofeedback technology will soon become a part of the PlayStation gaming experience.

Sony imagines that this technology will be especially useful for enhancing the player’s gameplay in virtual reality and/or horror titles, as a couple of examples. For the latter, the company states

It is advantageous to be able to detect when a user is becoming increasingly frightened and to modify in-game parameters (such as number of enemies, type of enemies, environmental lighting levels, or the sounds which are played to the user) so as to reduce the intensity of the gaming experience and put the user more at ease. Similarly, if a user is not experiencing any emotional arousal, such parameters may be modified so as to increase the intensity of the game.

The company proposes that by implementing this technology which adapts gameplay to match a player’s emotional arousal levels as indicated by measurements of sweat and heart rate, gamers will be able to immerse themselves more fully and experience the game as its developers intended. As for what else Sony will do with the user data generated from these devices remains to be discussed.