The new bundle gives you money towards your first game. 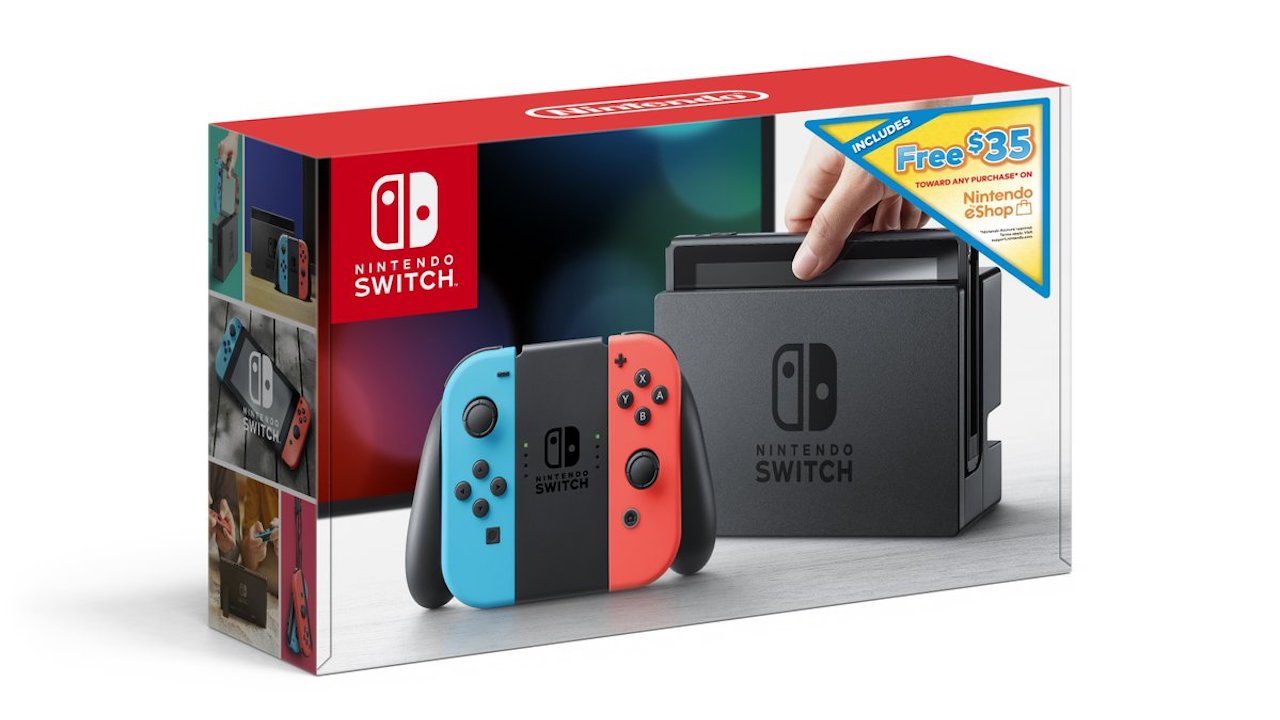 Usually, console bundles come with a new console and a game for that console, so buyers immediately have something to play. However, Nintendo’s newest bundle for their home/handheld-hybrid console, the Switch, is taking a bit of a different approach.

Nintendo recently announced in a press release that on February 15, a new Switch bundle will be coming to stores that includes a Switch console along with a $35 credit for the console’s eShop. This bundle will cost $299.99, the same amount it would cost to buy a Switch on its own.

There have been plenty of Switch bundles released that contained the console and a specific game, such as last year’s Pokémon: Let’s Go, Pikachu! and Let’s Go, Eevee! Switch bundles, and the Super Smash Bros. Ultimate Switch bundle. However, with this new bundle, players will be able to decide for themselves which game they want to play first. Nintendo of America’s Senior Vice President of Sales and Marketing Doug Bowser explains, “New Nintendo Switch owners can explore Nintendo eShop and use the bonus $35 credit toward the purchase of a game that’s perfect for them.”

$35 may not be enough to cover an entire digital purchase, however, as many popular Switch games, like Super Mario Odyssey and The Legend of Zelda: Breath of the Wild, are $59.99. But with the bundled eShop credit, players will be able to get their first game for less than half of what they would normally have to pay. The eShop also houses plenty of games that are less than $35, so buyers of this bundle can pick up one, or maybe even two, of those. Some cheap but critically acclaimed Switch games include Undertale for $14.99, Celeste for $19.99, and Hollow Knight for $15, to name a few.