A lot was revealed at this year's Comic-Con. 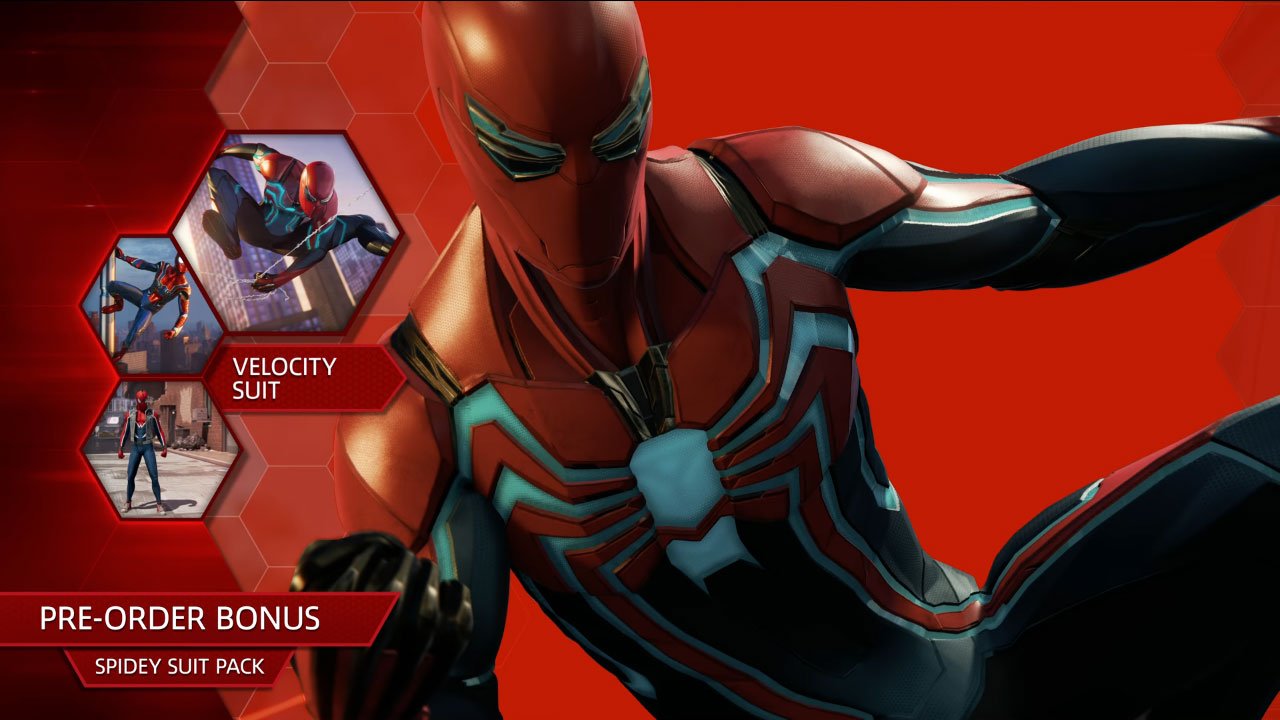 Today (July 19) saw the start of this year’s Comic-Con, a celebration of all things pop culture. During the Marvel Games panel at the convention, Insomniac Games took the stage to make a number of announcements about their upcoming game, Marvel’s Spider-Man.

Among the new information revealed was a new story trailer, which introduced the character Silver Sable as a villain in the game. Part of the plot of the game sees Mayor Norman Osborn hiring Silver Sable and her mercenary group to take out the city’s various criminals, which includes the vigilante Spider-Man.

Also revealed was the third and final bonus suit that will be available to players who pre-order the game. The new Velocity Suit, an original suit designed by comic book artist Adi Granov specifically for the game, will join the Spider-Punk and Iron Spider Suits to make up the pre-order bonus. Adi Granov has also created a Spider-Man PS4 theme that will be a pre-order bonus as well.

Lastly, it was revealed that a Marvel’s Spider-Man Limited Edition PS4 Pro Bundle will be available upon launch and is currently available for pre-order. The bundle will include a red PS4 Pro with the iconic spider logo on it and will come with a physical copy of the game. The bundle will cost $399.99.

Marvel’s Spider-Man will be available on September 7 as a PlayStation 4 exclusive.