New We Happy Few Trailer Teaches the ABCs of Happiness

Don't worry, be happy with a new We Happy Few trailer. 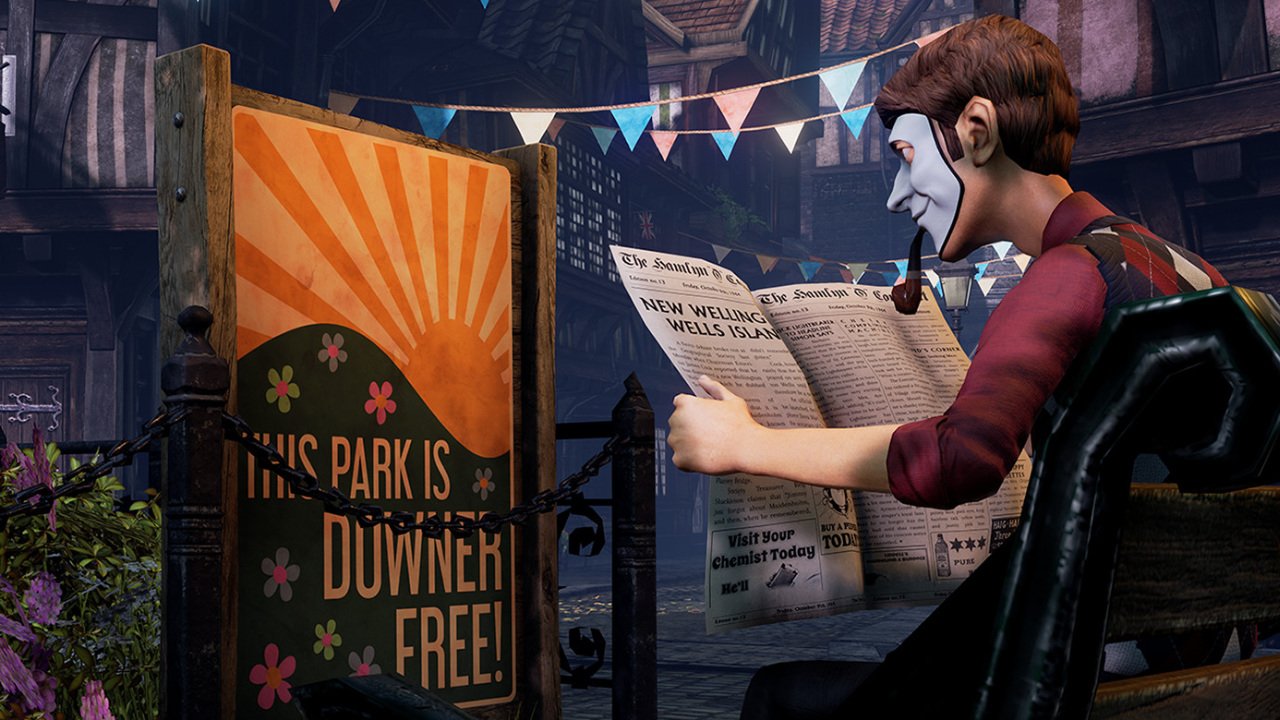 The initial reaction to We Happy Few’s early access release was mixed at best, with many players expressing disappointment with the game’s focus on survival mechanics over almost everything else. However, Compulsion Games rose to the task and has been doing a better job of communicating exactly what We Happy Few actually is ever since. First and foremost, the game is about surviving as a normal person in a crazed world, something that the game’s latest trailer does a great job of placing front and center in the viewer’s mind.

Compulsion released a short, gameplay teaser for We Happy Few before it entered early access, but it showed-off the game’s environment and themes more than it did the actual gameplay. The same could be said of the short teaser released at the end of May. Thankfully for those not already in the know about the game, this newest trailer does a better job. Alongside the creepy characters and unsettling environment, Compulsion Games has folded-in brief looks at questing, character building, and crafting. Oh and combat too; one mustn’t forget that. We Happy Few’s combat was front and center this time, showing-off everything from basic melee moves to massively effective environmental hazards. If the game’s other systems compliment it as well as they appear to in this trailer, then it should make for some exciting gameplay experiences.

We Happy Few certainly has potential, but it all depends on whether or not Compulsion Games has put the game’s stay in early access to good use. When it first entered early access players criticized it for a lack of story and overzealous survival meters that interfered with the rest of the game. Pre-release media seems to indicate that the game will have a fully realized story when it launches for all platforms on August 10, so hopefully it’s just a matter of making sure players aren’t too busy surviving to have some fun during their time with We Happy Few.

Curious about how We Happy Few fared in early access? Then, take a minute to check out our impressions. Otherwise, sit back and enjoy the trailer below.