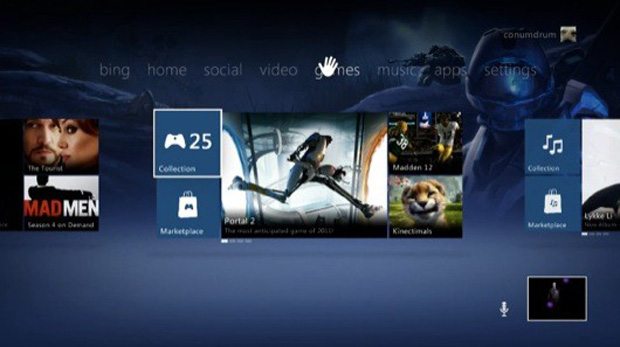 This fall’s yearly Xbox 360 Dashboard update is called Twist Control, whose main features are centered around channel hopping. Players will be able to “flick” through these channels whether that be with a Xbox 360 controller or the Kinect. Likely being implemented for use with the Kinect controller, Twist Control will have full voice and motion integration, and could change the dashboard experience for the better for users with the popular device.

Social Channels will allow you to alert and be alerted by your friends, with ease of access to join with them to play specific titles. You’ll be able to access multiple social networks like Facebook to gather friends, party up, and game to your hearts content. Cloud storage will also be a feature in Twist Control, which was recently outed by Borderlands 2 boss, Randy Pitchford.

“Hopefully the new dash will show this service proposition goes beyond gaming,” Burrowes explained. “We’ll never lose our focus on that gaming audience… In fact, developing the investment infrastructure to develop programs like cloud storage and Facebook posting and the beacons, are three examples of continuing to invest in that space.”