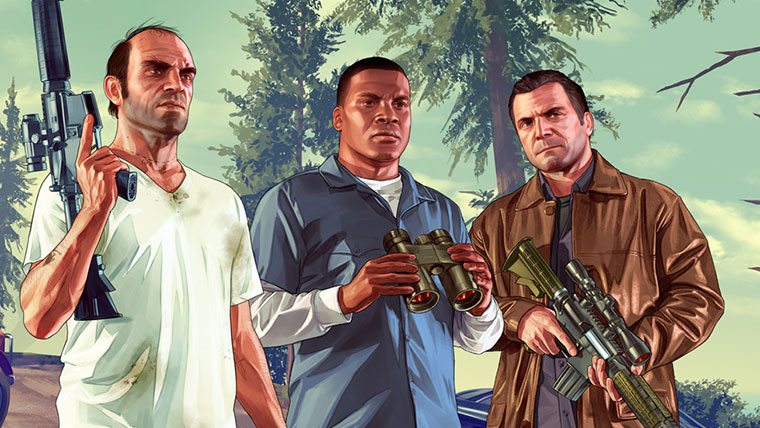 Grand Theft Auto 5 destroyed sales records with its astounding accumulation of $1 billion in just three days following the game’s launch on the PlayStation 3 and Xbox 360. This impressive number has led many analysts to place the next-generation iteration (coming to PS4, Xbox One and PC) relatively high in terms of sales projections. Doug Creutz of Cowen and Company stated that the research company’s initial sales forecast sat at 10 million copies for the enhanced version of GTA 5. This number has since been revised. Grand Theft Auto 5’s next-gen debut is now expected to sell less, although we know not by how much or why.

There has been plenty of speculation surrounding the altered predictions. The latter half of 2014 is shaping up to be great for us gamers, offering a wide variety of genres to satisfy all types of players. Among these are big-hitters such as Call of Duty: Advance Warfare,  Assassin’s Creed: Unity, Far Cry 4, Destiny — Cowen and Company expect this game alone to rake in 10 to 15 million copies sold — and much more. The stiff competition is sure to knock this video game giant down a few pegs this holiday season.

However, the next-gen GTA 5’s worst enemy may be its last-gen counterpart. The game surpassed expectations and blew Call of Duty: Black Ops 2’s sales record out of the water. With 33 million copies sold, the majority of people who want to roam around Rockstar’s latest open-world offering are already doing so. Given that there is a lack of an upgrade program, these current owners may find little incentive to pay another full $60 for virtually the same experience plus some extra eye candy. This has been reflected by the slowing pace of pre-orders, from which  Cowen and Company base their predictions.

The trend may pick back up as we near the game’s launch later this year, but this is purely speculation. We’ll have to wait a little longer to see how Grand Theft Auto 5 fares when it lands on new platforms. All of that being said, it is worth noting that the near-equivalent of an HD remake is projected to surpass hugely anticipated 2014 titles, such as Dragon Age: Inquisition and Evolve.