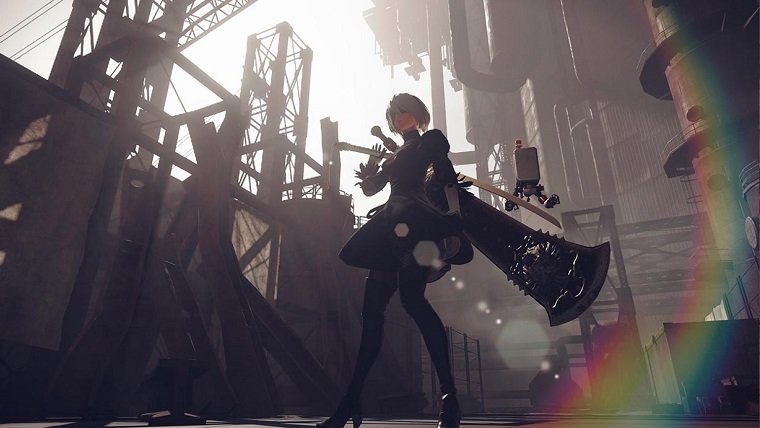 Despite NieR: Automata being a game that can be enjoyed entirely on its own, there’s no escaping the fact that it’s a sequel to a game that was itself a spin-off of a completely different series. The Drakengard series is the one we’re talking about, which certainly wasn’t very popular in the west but has gotten some new interest due to the success of NieR: Automata.

Of course, the new fans have an interest in going back to see where it all began, though there’s currently no way to do that outside of digging out your PlayStation 2 for the earlier entries. Fans took the opportunity to ask the game’s director, Yoko Taro, whether or not a Drakengard remastered collection was coming during PAX East, though he didn’t have any promising news to report.

Taro said that many fans have been asking him about the release of a remastered collection of the Drakengard games, though he confirmed that there are currently no plans to develop the collection. However, he goes on to say that with enough money he would be up to the task, and urged fans to reach out to Square Enix to try and get the ball rolling.

A remastered collection of the Drakengard series wasn’t the only thing that Taro talked about, as he also said some things regarding NieR: Automata. He said that there will be no major story DLC coming to the game, saying that there were no plans for additional content. He goes on to say that fans shouldn’t expect Witcher 3-style DLC, because Automata does not have the budget or manpower for that kind of a production.

One part of the Q&A that those who have played the game will certainly be interested to hear about is when he discusses the game’s lack of an auto-save feature. When asked why the game did not have an auto-save feature despite being called “Automata,” he noted that save stations are a staple of JRPGs and he wanted to keep that element for this game.

NieR: Automata is currently only available for PlayStation 4, though it will launch on PC on March 17th.