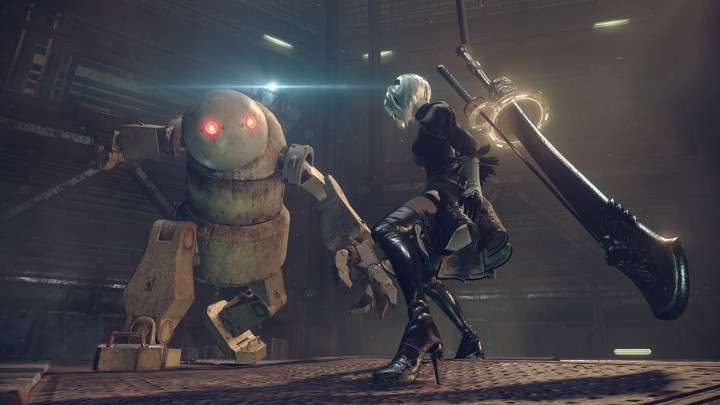 Releasing in February, Nier: Automata will also be getting a guide book which is available for pre-order through Square Enix’s Japanese online store.  Though there has not been any confirmation yet as to whether a Western release is to follow, players in Japan will be able to snag this official guide book which contains multiple pages of artwork as well as two neatly packaged original novellas.  ‘Nier: Automata World Guide Art Cartulary’ is scheduled to be released on February 23 just time for the game.

Players will be able to read commentary from director Yoko Taro featured in this B5 size with 192 pages of artwork from the world of Nier. The included novellas will be written by Emi Nagashima, creator of manga Drakengard: The Red Unto the Death as well as a series of short stories in describing character development and story expansion.

Those who pre-order the special world guide book will also receive an exclusive mini poster.   The book appears to be the ultimate guide for players who want the full experience of the complex, technological world where main protagonist known as YoRHa battle to take down monstrous machines from destroying the world.  Also a map containing the full layout of the massive world will come in handy as players delve into the robotic universe.

Taking place in the same universe as Nier, Nier: Automata is a spin-off of the Drakengard series developed by Platinum Games and produced by Square Enix.  The story follows 2B a YoRHa android and partner 9S as they are ordered to fight machines who have taken over humanity.  A demo was shown previously, where players got the chance to control 2B and experience the dynamic gameplay.  Meanwhile, Nier: Automata will be launching on February 23 in Japan and March 3 in North America, March 10 in Europe for the PS4.