The latest news in the world of video games at Attack of the Fanboy
September 1st, 2014 by Kyle Hanson 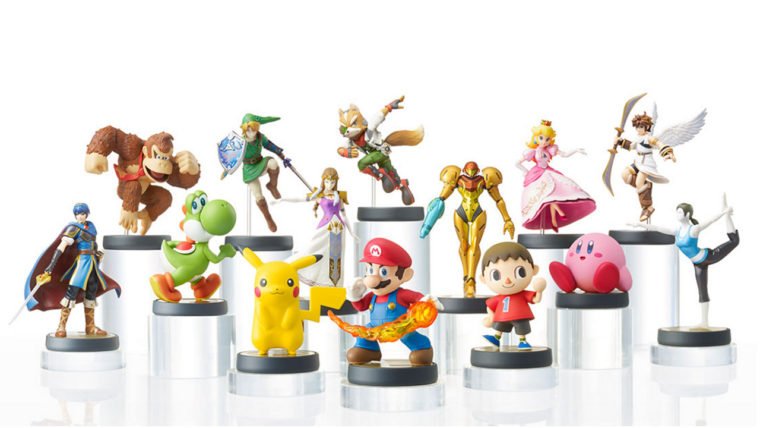 Nintendo’s Amiibo line of figurines officially became available for pre-order a few days ago. The figures retail for $12.99 and are currently available on Amazon and Gamestop. Over on Amazon the figures have been doing very well, with many of the twelve available figures jumping onto the Amazon best-seller list. With some figures hitting the top five section before falling a little as the days went on.

Currently the highest spot held by an Amiibo figure is 6th place, with one more appearing in the top ten and a few more in the top twenty. They are currently on a downward trend after their initial unveiling which saw them surging onto the charts. The best part about having a list Amazon’s is that we can compare the popularity of the individual figures on offer.

Twelve figures are available in this first round, Princess Peach, Donkey Kong, Star Fox, Kirby, Link, Mario, Marth, Pikachu, Samus, the Animal Crossing Villager, the Wii Fit Trainer, and Yoshi. Nine of the twelve are currently on the Amazon best-seller list, with none appearing below 26th place. They are:

This leaves Marth, Villager, and Wii Fit Trainer as the worst selling so far. Not too surprising considering how little these characters appear in games outside of their series and Super Smash Bros. Link being the most popular is actually pretty surprising considering that Mario is in more games and will likely be a more useful figure. However, Zelda fans are not to be deterred and seem to be buying Link’s figure in droves. Samus as well is a surprising entry to take second, although her figure is extremely well-designed, possibly leading many to choose it for decoration if nothing else.

Of course, there was a lot of anticipation built up around Nintendo’s first entry into the playable figure genre. The immediate success they are seeing isn’t an indication that they will do well in the long run. Still, with all of the trouble the Wii U has had lately this is a good sign for Nintendo that Amiibo will be a profit generator for a while.