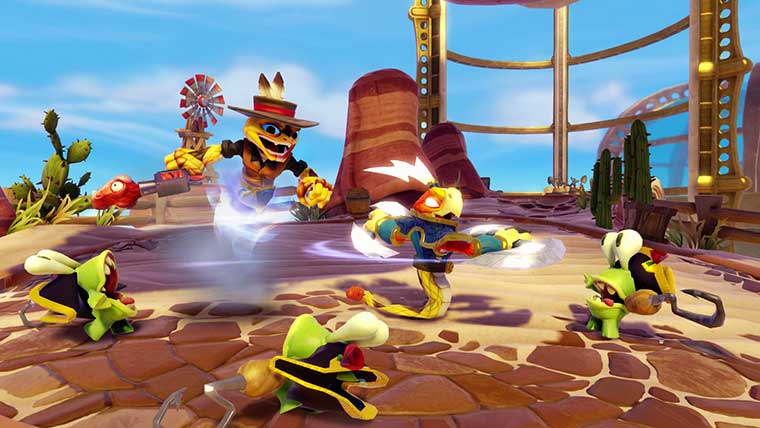 What is approaching to be a $2 billion series was once up for exclusive rights for Nintendo. Though after consideration, Nintendo decided to pass on Skylands Spyro’s Adventure. Looking back, this was a poor decision on Nintendo’s part.

Polygon had posted details of developers Toys for Bob showcasing their hit series Skylands Spyro’s Adventure to Nintendo. At one point, Nintendo had the opportunity to partner with Activison on the Skylands in what would have at least made the first game in the series strictly exclusive for the Nintendo Wii.

“We have never seen anything like this before” -Nintendo

Developer and co-founder Paul Reiche stated that Nintendo had a glimpse of an early development build of the game and it would have seemed the company was interested saying “they were just like ‘we have never seen anything like this before.’ I’ve always wondered about the full meaning of that comment.”

However, if Nintendo would have took on Skylanders and made Spyro’s Adventure an exclusive title for the Wii, I wonder how well the game series would have held up. Again, since Nintendo passed on the game, overall the series as a whole has almost $2 billion since the first game of the series launched back in 2011, not bad if you ask me.