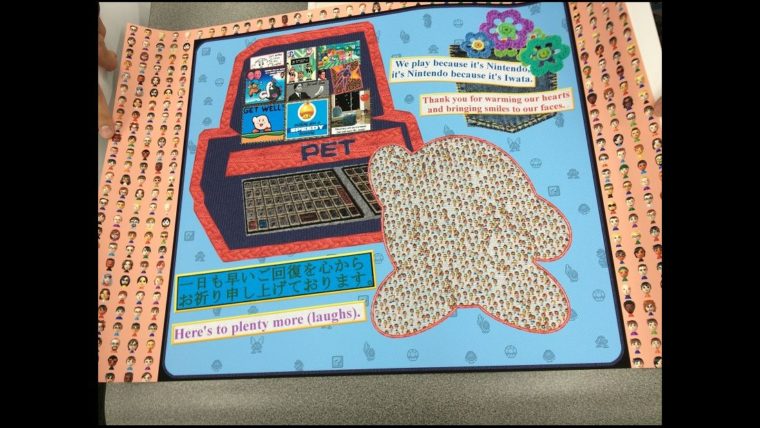 Recently, Nintendo President Satoru Iwata had to miss E3 2014 due to what was at the time said to be a recommendation by his doctor. Since then, we’ve learned that he had to have surgery due to a growth in his bile duct, which is said to have gone very successfully. Taking a note from the board of support sent by members of 4chan to the Nintendo Treehouse for their excellent E3 coverage, gamers on the popular forum NeoGAF decided to put something really awesome together.

Members of the messageboard organized what was essentially a giant get well card from everyone that was built through submissions, with a very unique design based on Kirby among other things. After getting it all together last week, it has been revealed that Mr. Iwata received the card in the hospital, along with a link to the thread with all of the well wishes and creative ideas. The following was posted by an employee of Nintendo named Josiah Purtlebaugh a few hours ago. 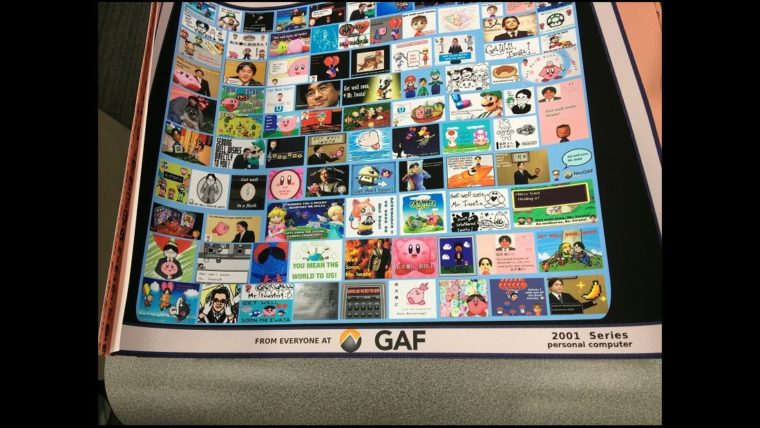 This is an incredible showing of support for someone that has had an especially rough couple years as head of the company. Hopefully Mr. Satoru Iwata will recover very quickly and get back to doing what he truly loves again.