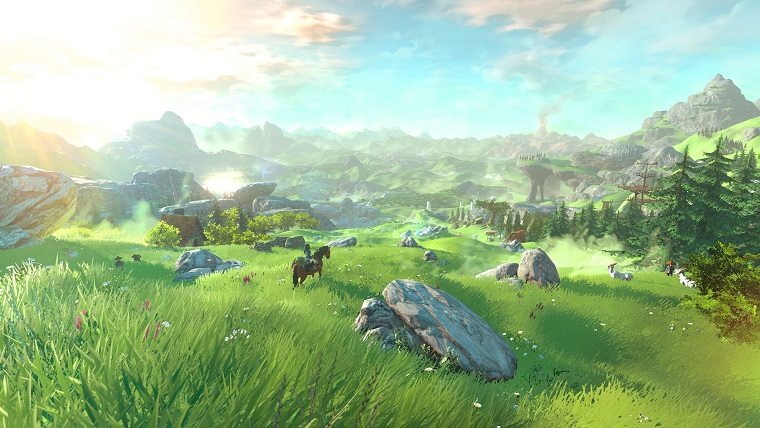 The Legend of Zelda Wii U has been a long time in the making, with several delays almost making it seem like a myth at this point. However, one of the main reasons for the secrecy regarding the game is that Nintendo has big ambitions for it, and director Eiji Aonuma let out some more details regarding the game in the latest issue of Japanese gaming magazine Famitsu.

He begins by talking about the late stages of development for the game and how it compares to Skyward Sword, saying,  “When we did Skyward Sword for the Wii, at the end stages of development, I was in charge of the characters’ dialogue and the in-game text. And, now as well, it’s like it was then. I had to work on text today, too. But, the game has really taken shape, and things have gotten easier. That means things are progressing well.”

Aonuma then goes on to say that they are aiming to make Zelda Wii U a new experience in the same way that Ocarina of Time was, saying, “I think the base of our secret sauce has always been Ocarina of Time. But this time, the change in flavor will be like going from Japanese food to Western style food. Perhaps, players will be surprised. Please look forward to it, because I think we’ll be able to make ‘something new’ like Ocarina of Time was.”

While we still haven’t gotten any new details regarding The Legend of Zelda Wii U for a very long time, the light at the end of the tunnel might finally be coming into view. It will more than likely be around E3 when we get the official name of the game and a release date, which is only a few months away now.