The latest news in the world of video games at Attack of the Fanboy
June 28th, 2015 by Damian Seeto 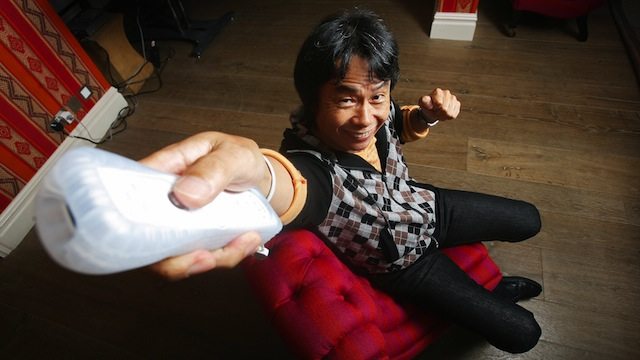 Nintendo has briefly described how to design the Nintendo NX console to attract a wide number of people again.

Shigeru Miyamoto and Shinya Takahashi were recently interviewed by Fortune where they briefly talked about how they would design the Nintendo NX console.

Miyamoto admitted he’s more focused on software at the moment. Right now, he’s super busy working on Star Fox Zero. However, he did say he’s “observing and looking” at the development for the Nintendo NX console.

Takahashi said their plan for the Nintendo NX console is to see what would really “catch the attention of a large number of players again“. The company is working hard right now to design a console that will capture the “excitement and passion” of gamers.

Takahashi also said they are looking from the perspective of the player too. They want to see what gamers out there would want from the new Nintendo NX console.

Nintendo struck gold with the original Wii console as it sold millions of units and attracted a large ton of casual gamers. The Wii U however failed to attract the same amount of attention and has struggled ever since.

It will be interesting to see how successful the Nintendo NX console could become whenever it comes out.